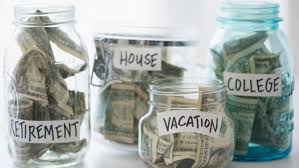 It’s not even noon on Sunday yet and I’ve had a pretty good day already.  Minnesota has allowed churches to open at 25% of capacity so my wife and I attended church today, albeit wearing masks and sitting far from anybody else, for the first time since mid-March.  Also, singing was banned for just instrumental music, but for someone who has a spiritual bent to them, it felt really good to be in church.  I’ve also had a chance to read my Sunday Minneapolis Star Tribune (I’m one of those old guys who still gets the hard copy edition) which had some great articles that I believe I could put a “death care” business spin on.

One of the articles that I read was a column in the Business section from columnist Lee Schafer entitled, “Excess savings actually hurting economy”.   You can read the article here.  (Hopefully, the Star Tribune does not throw up a paywall for this coronavirus related article).

If you remember that prior to the 2008-2009 recession Americans were chastised for piling up too much debt and not saving enough.  And, of course that debt led to much of the problems.  According to the Star Tribune column Americans have done better since 2009 and have saved about 5% of our incomes. . . .a solid amount that let’s families build resources for a rainy day and goals such as college educations and retirements.

Author Schafer tells us, however, that savings rates for Americans went up to 13% in March and to an astonishing rate of 33% for April.  That sounds amazing, except you have to realize none of us can go anywhere to spend any money at this time.  I’m one who puts most of my expenses on a credit card and then pays it off at the end of the month.  My wife and I, and with our children when they were at home, had a habit of going out to eat as a family on Friday and Saturday nights. . . and just for the two of us that accounts for about $50 each night.  .so in a month’s time that’s at least $400 on that category alone.  And then there is very little gasoline purchases and my trips to Starbucks are gone, and on and on with the normal “discretionary” expenses.  I’ve actually found that balance due for my credit card bill- which is mostly discretionary spending – is down about 80% for the last two months.  . meaning that we have only spent about 20% of what we normally do. . . and that fact alone forces savings.

Here’s a quote from Schafer on the spending side of the equation.  “It’s understandable that spending might have slowed in April, of course, as there were no Twins games to attend or leisurely nights out at a favorite casual restaurant. Lots of things were closed, as the COVID-19 pandemic kept people home, either by government order or their own choice. . . . As for the numbers, consumption spending in April was down more than 13% from March and more like 20% from February. Spending declined in April more or less across the board, everything from money spent on long-lasting items to spending on services. Even interest expense was down, which makes sense if people are not using their credit cards as much.”

So, what is my point of this “less spending, more savings” reality and how does it relate to funeral service and the death care economy?  Those of

To that point, in the last week I’ve read an article and produced a column that you can read here about how the life insurance industry has related that the COVID-19 pandemic has made people more aware of their mortality and increasingly looking to purchase life insurance.  And, now we have some statistically reality that people, and my guess is especially the over 65 age group who take serious the shelter at home reality,  have the cash savings to do just that.

Let’s see — we have people concerned with their mortality and those same people have more money than usual to deal with those concerns. Talk about teeing it up for the sale of preneed insurance policies — especially the single premium type.  And, of course, it is also teed up for those that sell cemetery property, mausoleums, cremation niches, and monuments prior to death.

The shelter at home issue has found many funeral preneed providers trying to figure out a way to get in front of these consumers.  It appears to me that those that do figure out that way and can get in front of these people may find a willing and financially able group of customers and be able to raise their preneed volumes and, potentially, their market share for their efforts.

Some preneed marketers have told me that they need to “lay off” advertising expenditures during the stay at home orders.  I would argue to the contrary. . . .this may be the time to really strike up your marketing as all indications are that the potential consumer clientele knows of the need and has the financial resources to get things done.