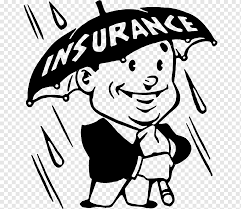 For almost 40 years our funeral home has had advertising for preneed clientele based on the premise, “Like an umbrella in a sudden shower, some things are good to have before they are needed”.  In different ways on radio, print, and online we go on to explain that preneed funeral insurance is one of those things that should be purchased before needed.  It has been a very positive promotion of preneed and, of course, we carry it all the way through as when we have services that are being held in inclement or threatening weather, we always have umbrellas – with our logo on them – available for the funeral party to use.

Today, I came across an article on life insurance and a survey dealing with the public’s thoughts about buying life insurance since the COVID-19 pandemic has occurred.  You can read this promotional article here.  It should not surprise you that 25% of all respondents said that they were now more likely to buy insurance than prior to the pandemic.  It only makes sense. . as virtually every person on the planet has thought about their own mortality in the past 90 days because of the pandemic.

One very interesting aspect I caught in the survey is that while 25% of all respondents indicated they were more likely to buy life insurance, a higher number of men, 38% to 14%, said that they had increased their liklihood of doing so.  What I find interesting about that fact is that, in general,  women tend to worry to a greater degree financially about life after a spouse’ death than men do.

What I also found interesting about that fact is that, it is generally agreed that women over age 55 drive the preneed insurance sales and their husband’s many times put a damper on the idea.  So, if men are now more inclined to worry about their mortality because of the current pandemic, is this an opportune time to increase your preneed advertising budget and put the pedal to the metal as it appears a time period when the men in the family will not be against the purchase?  My personal opinion is that preneed marketers should see this window and move on it.

CNET  — CBS Interactive:  You can read here what CNET, owned by CBS Interactive, says will be their first in a series entitled, “The Future of Funerals”.

I’ll let you read the first installment and gather your own opinions.  As we discover more articles in their “series” we will post them for you to view also.

From my point of view however, after 35 years in the funeral business and over 60 years of life in general, I’ve come to be somewhat leery of “news” or “information” that is apparently presented in a journalistic perspective of unbiased news or information.  As to the CNET article, it is interesting for me to note that the subtitle is “Funerals are expensive, broken, and exploitive. They have to change.”

After reading the first article in the series, my thoughts are “What is the purpose of this series?”  For instance, their noted average cost of a funeral at $7,360 is chastised as being way too expensive and a quote in the article is such, “Too often, bereaved families scramble to cover costs for a memorial after a loved one unexpectedly passes away”.  They also point out their observation that “Traditional burials are chemical and resource heavy. . . Natural burials, on the other hand, use very few resources”.

They then point out “cheaper options” such as body composting, costs families $5,000.”  My point of view to that is “value is relative”.  What makes $7,360 expensive and $5,000 reasonable?  Isn’t that relative to the family and their choice. . . . Is paying the bill at Ruth Chris’ Steakhouse expensive if I received the meal that I wanted?  Again, relative.

So, it is my opinion after reading the first article in this series that I’m not so sure that we are getting an unbiased opinion on “The Future of Funerals”.  I’m guessing we are getting a writer’s opinion that traditional funerals and traditional services need to go the way of the covered wagon. . . .and what the writer feels is best for her is best for everyone.  I’m not so sure that the public totally agrees with that.