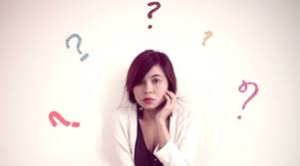 The article begins, “Cremation and ground burial both have carbon footprints that have some people looking for other options for the afterlife.”  That sentence pulled me in but what I went on to watch and read in this video and news story from Chemical & Engineering News pertaining to the “new” death care economy that some say will be built on the environment was simply fascinating as to what many people are banking on and the simple science facts behind the real environmental questions.

If you read Funeral Director Daily with any regularity you will know that I believe in the “megatrend” movement of green or environmental death care.  My belief in that stems simply from believing that people are much more conscious of that realm than we have been in the past. . . and the younger generation may be moving it along even further.

What I don’t know however, is how that ever increasing “consciousness” will translate into sales in the competing segments of that green death care market — segments such as water cremation, green burials, and recomposition (human composting).  My guess is that all three will grow somewhat as to the percentage of market share they take compared to the old stand-bys of earth burial and flame cremation.

However, at the end of the day, will their savings in the carbon footprint of earth make a difference to the consumer if they cannot also be price competitive?  Will people use those ideas because they think they are more environmental than they are?

Here are some interesting facts from the video:

And those numbers are not all.  A researcher from the Netherlands, Elisabeth Keijzer, believes that there is more damage to the environment that is not always considered.  Things such as electricity to engrave a headstone and the CO2 released when trasnporting the headstone to the cemetery.

So, if you are a little confused about the green or environmental movement you probably are not the only one.  The statistics I just cited seem to show that using some of the new death care methods may be best for the environment.

However, Keijzer also makes a notable discovery.  The article points out that whatever of those methods that you choose will not reduce the environmental impact as much as you could simply by not having a memorial service.  According to the article, Keijzer found that the largest carbon footprint impact of the death/memorial process was the memorial service itself and came from guests traveling, food being prepared, and flowers being grown for the service.

Funeral Director Daily take:  As mentioned earlier in the article, I do believe in the megatrend towards purchases being “pro environment” is here to stay.  However, as the article from Chemical and Engineering News reflects, sometimes trying to analyze the minutia effect on every little thing as to the environment, might be missing the big picture.

Death care, funerals, and memorial services are very personal.  While we believe that it doesn’t hurt to know all of your options, we might suggest that taking the environmental extremism on funeral planning, simply for the environment, may not be such a good idea.  Weigh your options and don’t be afraid to select what seems proper, in both a financial and well being sense, for yourself.