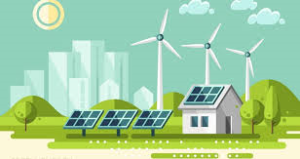 Nine years ago, the Ballard-Sunder Funeral & Cremation business had a protracted discussion with community residents about allowing the first crematory in the city of Jordan, Minnesota, to open.  Back then citizens filed lawsuits against the city and state that in effect said that zoning rulings for “funeral home” and “crematories” were not identical uses.

A county judge agreed with that suit and the City of Jordan was then required to amend their zoning ordinance to include “crematory” into the nomenclature of their funeral/crematory zoning issues.  And, at the end of the day, it took another judge to require the community’s mayor to sign the ordinance.  Suffice it to say that the Ballard-Sunder quest to get their cremation retort installed is remembered in the community.

So, last week Ballard-Sunder Funeral and Cremation appeared in front of the city’s planning commission to get the go ahead to add an alkaline hydrolysis machine for additional death care options for the community.  And, they did so by making sure that they had the right people on hand to answer any questions that might have popped up from the community audience.  As you can read in this article, Ballard-Sunder invited UCLA Donate Body Program Director and former employee at Minnesota’s own Mayo Clinic, Dean Fisher, to be in attendance.  Fisher is one, who while at Mayo Clinic, is given some of the credit for developing the process of alkaline hydrolysis for humans.

It was probably a very smart move by Ballard-Sunder to have Fisher in attendance.  He was able to answer questions pertaining to noise, sewer sludge, steam and vapor for potential neighbors of the proposed facility.

At the end of the evening the Jordan Planning Commission okayed the request and now the full City Council will take up the request of Ballard-Sunder on Otober 21.

Here is the web-site for Ballard-Sunder Funeral and Cremation.

Funeral Director Daily take:  I can remember the Minneapolis metro television news stories about the squabble nine years ago concerning the first cremation retort in Jordan.  Obviously, Ballard-Sunder has learned the lesson about being totally prepared when going to the city for approval.  It is a good lesson that if you want to install a crematory or an alkaline hydrolysis machine, make sure you have your ducks in a row when you go to the meeting because there will be someone there who opposes you.

And, as to Ballard-Sunder’s idea of bringing this service to a premium level.  I think that is exactly where funeral homes who offer what can be marketed as “green cremation”, “water cremation”, or “aqua cremation” should go with alkaline hydrolysis.  There are people that are passionate about that idea.  They are the same people who are passionate about buying organic food or driving hybrid cars.  I believe it is a growing segment of the population and as we move forward and people become more familiar with alkaline hydrolysis. . . more and more people will choose the process and be willing to pay extra to do so.