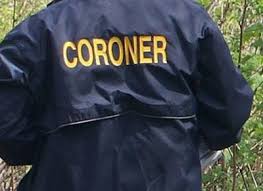 You have seen me write many times that I look for trends in the business world and then try to stay ahead of those to be in on the upswing with what is happening and have the ability to capture new business before many competitors have even seen the trend emerging.  It’s that way not only in the death care business, but in other businesses as well.

In rural communities I am starting to see a trend in how coroners handle the cases that they are being called on.  I also see a rise in coroner cases, quite possibly from the fact that more and more people live alone and die while not under a doctor’s supervision or in a regulated facility such as a hospital or nursing home.

As we related in an article from this summer, smaller communities don’t have paid coroner staff and the equipment, such as vans to do the work that needs to be done in removing a deceased person to a county morgue awaiting either post-mortem exams or simply the notification of the next of kin.  The article from this summer related to how, in my home town, the ambulance service used to provide that service for the county but has chosen not to offer it anymore.  That put the county in a quandary about how bodies from death scenes in both public and private venues would be removed.

In this recent article, from the Adirondack Daily Enterprise of New York, we have learned that a new county coroner law has, according to the article, “shifted the responsibility of transporting human remains from coroners to funeral homes” in Essex County.  At least one township supervisor said that requiring funeral homes to provide transport services was putting them in a “tough spot”.

It appears that, according to the above article, that six funeral homes have now agreed to shuttle the deceased from place to place, but only after the county raised the reimbursement for doing so.  Apparently, the county offered $400 per removal, but has now raised that amount to $500 per removal with an additional $1000 exigent stipend if approved by the county.

Again, according to the article, “county lawmakers have already analyzed what would be better – investing in equipment for coroners or contracting with funeral homes to do the transport — and determined the latter would be more effective.”

Funeral Director Daily take:  The article is a bit confusing but it did seem to indicate that Essex County needed to have a new system for transporting these remains.  It also indicates, that at the $400 price tag, only one funeral home had agreed to provide the transport.

You would think, then, that that funeral home -that agreed for $400 per case – would “win” the opportunity for such unless the county believed that they needed more than one funeral home to be responsible for the task.

In any regard – now with six funeral homes signed up at $500 per case, one county supervisor said, “Let’s go with the law for six months and see if we have a problem.”

It’s my opinion that we will see more and more of this type of arrangement as ambulance services – who are paid to save lives – cannot, both from a practical and financial point of view — have their vehicles filled when they may be called to an emergency.

It is also my opinion, that in rural areas, funeral homes have to be willing to do this type of service as part of the “service to the community”, but they should also be properly rewarded for the responsibilities that they are taking on.  It appears that Essex County is giving this a try.

Related — Here is our article from this summer on what happened in our community with coroner livery.