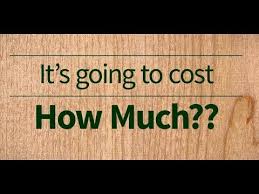 Virtually all funeral homes in the United States are profit driven.  I’m aware of one funeral home in Minnesota — in New Ulm — which is a cooperative community based funeral home.  You can see their web-site here.

However, I’m guessing that over 99% of funeral homes in North America are profit driven enterprises.   Today, however, we are starting to see socially conscious not-for-profit death care establishments turn up in Australia and Scotland that may someday put a dent in the for-profit business of death care.

From Australia I recently came upon this article that deals with a new pre-need product from Social Ventures Australia (SVA) called a “Funeral Bond”.  SVA is establishing a savings account whereby people can put as little as A$30 ( US$ 21) per month away to pay for their funeral services at a later date.  According to the article, these funeral bonds would be “easy to do and would be beneficial to people in lower socio-economic areas”.

Social Ventures Australia would also look for funeral homes who would be low priced and agree to do funerals for a set price.  At present, they believe that price should be about A$ 4000 (US $ 2739) per funeral.  They intend to start the funeral bond program in April in North-West Tasmania because of the presence there of Tender Funerals, a not-for-profit funeral home.  You can see Tender Funerals web-site here.

The amazing thing about these “funeral bonds” from my point of view is that if an individual has not saved the A$ 4000 by the time of their death, then SVA would have the balance be donated by a charitable organization to “top off” up to the A$ 4000.  According to SVA, there would be no upper limit to the funeral bond and the first A$ 13,250 saved will be tax free and will not count as an asset held by an individual.

We also came across this article from Reuters which tells of death and debt in Great Britain.  It highlights the trend that social enterprises have begun springing up to tackle what it calls “funeral poverty”.  According to this article about Glasgow, Scotland, not-for profit funeral company Caledonia Cremation, one in seven families go into debt in the paying of a funeral bill in that country.

The cost of a funeral, according to these articles, has gone up 6% per year for the past ten years. . .which is double the rate of inflation.  That figure has Great Britain’s competition administration actively investigating the death care industry.

Caledonia Cremation, which carried out about 250 direct cremations in its first year charges a flat fee of US $1303 which is without a funeral service and no mourners in attendance.  The average cost of a cremation and service in Great Britain is about US$ 5,100.  Any revenues over expenses for Caledonia Cremation will be “reinvested into its mission of preventing funeral poverty”.

Finally, we bring you the web-site of Salvos Funerals of Australia.  Not quite two years ago we brought you this article in Funeral Director Daily which informed that the Salvation Army, after a short test period, would be entering the low-cost funeral and cremation business in Australia.  As you can see from their web-site, they performed 400 cases in their first year in business and and list charges for cremation from A$ 2395 (US$ 1640) and funeral services from A$ 6000 (US$ 4110).

Funeral Director Daily take:  I think that there is little doubt that we live in, for better or worse,  a more social justice and fairness atmosphere than when I started in funeral service in 1980.  I also think, at least in my corner of the world, that there was a greater middle class and less extreme circumstances in financial wherewithal (both on the higher end and on the lower end) in those days than there is today.

I think that fact is brought out in many industries today simply by the idea that their are luxury stores and there are second hand “new to you” stores that both can thrive.  Funeral homes have traditionally been a “one size fits all” business for the consumer.

I think the “one size fits all” idea of a funeral home may be starting to change.  Can a funeral home be all things to all people?  Can your business have the amenities that those who will pay full price want while at the same time be profitable when you serve those who cannot or do not want to pay full price?  Can you be the funeral home that offers full service, flame cremation, alkaline hydrolysis, direct services and compete on all levels?

Maybe the world is starting to tell us that we cannot serve everyone with every option that they may want.  Maybe there is room for socially just funeral homes where part of their job will be to solicit funds to pay for people who cannot pay.  Maybe government would encourage that solution.

I know that I don’t have the answers and only bring up a lot of questions.  I’m just bringing up the what-ifs and not advocating for one point or another.  However, if you own and operate a funeral home you need to think through where you are on these issues.  It someday may be the difference between profit and loss at your business.