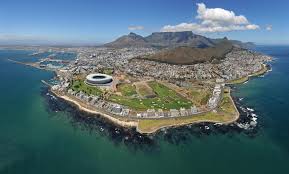 On Monday we brought you an article featuring the Church of Greece telling its parishioners that they would be denied a church service if they choose cremation over the long traditional custom of earth burial.  Today, we bring you this article which deals with the topic of the City of Cape Town, South Africa, appealing for its residents to choose cremation over the traditional earth burial custom.

As you might expect, the Cape Town appeal comes from a virtual lack of cemetery space now and projecting into the future.  According to the article, the City of Cape Town has 40 cemeteries, of which 17 are still in use.  Of those 17, however, only six have what is classified as a significant amount of burial space left.

The article also mentions that the lack of burial space has increased the demand for cremation to the point where it is now at 40% as compared to 60% for traditional earth burial.  However, with the steady increase in population, the municipal cemeteries receive an average of 1100 earth burials per month.

There are plans for new cemeteries to be built in adjoining communities.

The cemetery concern is of particular interest to some religions who are unable to cremate due to religious objections.