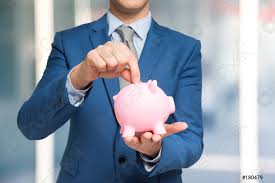 Ohio Senate Bill 224 will make over a dozen changes to the state’s funeral and burial laws according to this article from Cleveland.com.  The bill will do such mundane things as increasing the price to reactivate a funeral director’s license and it will also establish a more formal process for families to collect money from funeral providers if a customer signed a pre-planned funeral contract, but the family never used that particular facility.

One thing it won’t do, however, is change the amount, on a percentage basis, that cemeteries must hold in trust for preneed clients who have purchased merchandise from them.  That portion of the bill, which has proved to be controversial, was removed before Senate Bill 224 was passed and moved on to the State House.

The removed portion of the bill has became an interesting topic of fairness.  For instance, cemeteries – who are regulated by the state’s Department of Commerce – are only required to hold in trust 30% of the price of a casket and can use the remaining 70% of the price to operate the cemetery grounds.  In contrast, according to this article, funeral homes, who are regulated by the Ohio Board of Embalmers and Funeral Directors, are required to hold 90% of the casket price in trust and may only use 10% of the preneed sale amount for operations.

Here is a quote from the article that backs up the cemetery group’s side of the issue, “Cemeteries say the increase in SB 224 will financially devastate them, potentially force some cemeteries to close and give the powerful funeral home industry a monopoly on pre-planned funerals, which will drive costs up for consumers. Kirk Roberts of the Ohio Cemetery Association said the bill is structured as a roundabout way to cut cemeteries out of pre-planned casket sales.”

The bill was passed by the Ohio Senate only after the controversial “trusting provision changes” were removed and left as is.  Here’s what the author of the bill, Lake County Republican Sen. Jerry Cirino said about that, “We had a number of negotiation sessions and tried to find some middle ground it just wasn’t looking like it was going to happen.  And we have many other parts of the bill that are very important that have not been contested in our hearings. And so we elected that we were going to remove the casket trusting issue and visit that another day.”

Funeral Director Daily take:  I’m probably the wrong person to opine about this trusting percentage issue.  For the first dozen or so years of my funeral service career the only pre-need arrangements allowed in Minnesota were Bank (Certificate of Deposit) Trusts.  And, we figured out the approximate cost of the funeral and burial services required, signed the agreement with the clientele, and then were required to put 100% trusted away into the bank for service to be held at a later date.

Looking back. . . it wasn’t a bad way to do things — especially because we defined our business as a funeral and cremation business.  We hadn’t even thought about making pre-arrangements a “profit-point”. . . .it was simply part of the service process in the making of funerals and cremations our “profit-points”.

That all changed when Minnesota statutes eventually allowed funeral homes and funeral directors to use insurance-based products as pre-need financial tools.  The insurance companies paid a commission that was commensurate with market forces and changed the industry in Minnesota.  I’m guessing that Minnesota pre-planned funerals went from being financed 100% by bank trusts to approximately 95% insurance based.

In the Ohio situation with cemeteries only trusting 30% of the amount, I wonder who is watching out for the consumer?  What happens if that consumer prepaid a casket for $1000 and only $300 goes into trust.  If the cemetery goes out of business, the question I would have is, “Is that $300 enough to guarantee the wholesale purchase of the casket the consumer chose?”  If not, who makes up the difference?

And in one of the linked articles, the cemetery group somewhat tells of their precarious financial situations when this argument is brought up as a reason to keep the trusting to only 30%, “They argued that tying up the cash in trusts would cause many of them to go out of business”.

That statement alone makes me think, for consumer protection, that they should be trusting more than the 30% they prefer to.

If the funeral grew in price by 5% (a high amount that was probably more than the reality), the price of that funeral moved to $4,600 at the end of the 36-month deposit.  The preneed in trust at 15% interest would have grown to $5,800 in the same time period.

If the client died near that time period — 3 years after setting up the account — they would have paid $4,600 for the funeral while their preneed account has blossomed to $5,800.  Our funeral home, in those circumstances, and before a lot of the Medicaid spend down rules and returns were set, would have performed the funeral and then handed the family over a check for the additional $1,200 as a refund.  It made for great public relations for the funeral home and the values of pre-arrangement.

As we move through this inflationary time period you should decide what your strategy will be if your preneed funds grow faster than your death care prices.  While I don’t expect that to happen again, if it did happen, it will be a good problem to have.

Enter your e-mail below to join the 2,628 others who receive Funeral Director Daily articles daily: