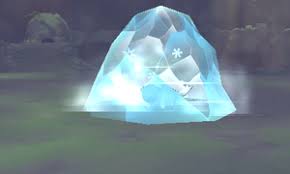 Alkaline hydrolysis as a means of final disposition keeps growing in legality in states across the United States.  Recomposition, the act of human composting becomes legal in the State of Washington this year, and now it is probable that the State of Kansas will see a bill introduced into its legislature to legalize “promession” as another form of final disposition of a human remains.

Promession as a process comes to us as the invention of Swedish biologist Susanne Wiigh-Masak.  Wiigh-Masak has told reporters that promession will “revolutionise the cremation industry.”

According to this article from KCTV5 in Kansas,  and this article from the Wichita Eagle, promession is the act of a body being frozen using liquid nitrogen, then vibrated into small particles.  Water is removed from the particles which are then freeze dried.  The small particles are then buried and will turn to soil in a matter of months.  Promession has been used on pigs but never tried on human beings.

Kansas Attorney General Derek Schmidt has studied the concept and has ruled that the process does not meet the definition of cremation under Kansas law so that a new law would probably have to be introduced to allow its use.

The firm, Promessa, has been formed and has representatives in Overland Park, Kansas, who have asked a state lawmaker from that area to introduce a bill in 2020 to clear the way for its use.  You can see the web-site for Promessa here.

That lawmaker, Dave Benson, has commented that there is lots of interest in alternatives to traditional burial and cremation.  He is quoted in one of the articles as saying, “If that’s what you want, hey, where’s the government’s interest in telling you not to?”  There is also interest from the Sierra Club of Kansas as their legislative director Zack Pistora was quoted as saying, “Newer, greener methods of burial, like promession, may help conserve resources and less pollution into the air or ground.  Why not rest in peace with peace of mind.”

Funeral Director Daily take:  I do think it is really true, that as science gets more understanding of human disposition, there is a real movement for options from the consumer public as to alternatives to the traditional earth burial and flame cremation dispositions.  As commented earlier, we have seen a movement to alkaline hydrolysis and recomposition in the last couple of years.  It is my opinion that these options will continue to be legalized across the United States.  We also did an article a couple of years ago on the idea, from the European continent, of Ecolation – which seems similar to the promession concept.  You can read that article on Ecolation here.

I don’t know if recomposition will gain acceptance, nor do I know if promession is viable and will gain acceptance.  However, it seems proven by the market, especially with the acceptance of alkaline hydrolysis and green burial, that new methods of disposition have their potential clientele.  That continues to move me in the idea that death care will continue to evolve into many niches.  Death care operators will have some choices in the next decade on whether they want to be full service facilities that offer everything to everybody or if they believe being in a market where they are a niche player, via disposition type, will be a better business model.

And, I believe that there is a “historical model” of how to do this.  I think one has to look no farther than the low-cost cremation only operators that sprang up all over the country in the 1970’s and 1980’s and earned a profitable following.  My idea is to say that, using those historical facts, that one can create a niche market that may even better and more profitable now.

Related — This link will bring you to a page on the Promessa web-site that offers a video on the promession concept.