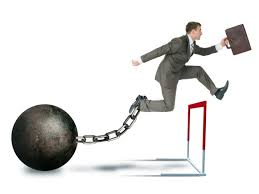 It’s been a few years since I’ve actively managed our funeral home, but this recent article from the Minneapolis Star Tribune brought me back to one of the issues that I dealt with in the hiring of employees.  That was the issue of non-compete agreements or covenants not to compete.

Non-competes have historically been used in business as the article says, “to protect the trade secrets and innovations of companies.  For agreeing not to compete with them, an employer would pay executives or professionals an extra amount based on the time the firm wanted that employee out of the fray”.  It was very common for funeral home professional employees to receive some compensation to protect the funeral home’s owner against that employee just leaving and going to work for a competitor.  As noted, generally there was a period of time, that had to be reasonable in concert with the compensation, that the agreement was valid for.

The article points out that non-competes are now much more widespread.  It asserts that they are now common even in fast-food restaurants to keep employees from jumping from restaurant to restaurant.

The article points out that lawmakers and labor activists across the country are striking back against the legality of non-competes.  One lawyer says, “Change is in the wind.”

And, that last sentence brings up a common point in funeral home mergers and acquisitions.  In general, the selling funeral home owner needs to be compensated in a non-compete of some type to guarantee the new owner of the business that he will not set up shop across the street from the new owner, which would by nature lower the value of the new funeral home owner’s business.

Evidently, North Dakota recognized that fact in their legislation.  It will be interesting to see what happens as more and more states deal with this issue.  While funeral homes sell for a negotiated price based on what the buyer and seller can agree upon, I would surmise that that price would be lower if the new buyer has no guarantee that the former owner will not go back into business.

In any regards. . . a good article and food for thought for the weekend.