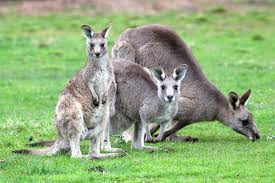 The funeral and cremation profession in Australia is an industry that takes in about US $ 1.12 billion in revenue each year (all amounts in this article have been converted to U.S. values).  That’s only about 7% of the purported industry revenue of $16.3 billion that the United States death care profession reels in, however, it is enough to give a significant indication on what might be coming to the U.S. in the near future.

The Australian industry, according to this article from ABC News Australia (see the 2nd half of the article for this information) has a cremation percentage of 70% of which the “No Services Cremation” seems to be both growing in popularity and a high percentage of the selections.  The United States death care market projected a 2018 cremation rate of 53.5% in 2018 but also predicts an 80% cremation rate by 2035 — only 15 years from now.

It is because of that fast growing cremation rate in the U.S. – many of which seem to be in the “Direct Cremation No Services” form that makes me look at what has happened in Australia as a road map for what may happen in the United States.  An interesting similarity of the two markets are that the relative size of the three major players – InvoCare, Propel Funeral Partners, and Tobin Brothers in Australia and Service Corporation International, StoneMor Partners, and Carriage Services in the United States — each bring in roughly 25% of all death care revenue in their respective countries.

In the United States, Service Corporation International claims about $3.19 billion in annual revenue, StoneMor Partners about $316 million, and Carriage Services about $268 million.  That totals $3.774 billion out of the $16.3 billion spent annually — or about 23%.  The aforementioned article claims that the Big 3 in Australia bring in 25% of all revenue.

If you look at this article from Sara J. Marsden, she has opined that the average United States funeral home does 113 calls per year at a roughly 50/50 burial cremation mix.  She also hypothesizes that by 2035 when the cremation rate is expected to hit 80%, and a high proportion of those services will be “Direct Cremation No Service,  that average funeral home will have a revenue forecast of only 35% of the 2018 number.

It is those kind of possible statistics that indicate to me that the death care business will change and I see that occurring already in Australia.  As in Australia, I see vast consolidation and the advent of “Brand names” who have the ability, according to the ABC article above, to charge more for the same services because of the facilities that their economies of scale can provide.  Take a look at this new style funeral facility that InvoCare is building in Australia.  While yesterday’s article dealt with what someone thought was excessive charges in Australia, if you take a look at the linked article above, it appears that “brand” funeral homes in Australia  are able to charge up to 20% more than those non-brand companies who do not have multiple locations.

So, as in Australia with national brands such as White Lady, Simplicity, and Value Cremations owned by InvoCare getting a premium for their services, will a company like Service Corporation International be able to charge more because of consumer familiarity with its Dignity and Neptune Society brands?

Time will tell. . . but I think, especially in major urban markets, consumer familiarity with brands may be able to bring a price premium for those funeral businesses familiar to the next generation of consumers.  Low-cost leaders, think of Geico in the auto insurance industry, still need to create brand familiarity and confidence in the consumer in addition to that low price. . . and that familiarity may be able to allow them – the name brands –  to charge slightly more.  That may make it more difficult for everyone else to compete.