Last week you could not turn on the news without hearing of the potential for the COVID-19 virus to spread rapidly because of Thanksgiving and other upcoming holiday travel.  We found a couple of articles pertaining to states and how they may handle the number of deceased bodies that may come with that potential surge.

In Minnesota, the Governor has purchased a cold storage warehouse to help out state funeral directors and in New York, the state is looking at changing some of the rules and regulations of cremation to bring those regulations into a world where they believe would benefit the timely process of cremation.

And, we have an interesting article on one state and their forecast showing state budget numbers improving from what was forecast earlier in the pandemic.  And, in reading the article it is somewhat interesting to see where the improvements are coming from in the thought process of how our lives have changed with pandemic living.

Earlier this summer the Governor of the State of Minnesota used previously appropriated COVID-19 funding in the amount of $5.5 million to purchase a large refrigerated warehouse building in St. Paul.  The thought process was that, unlike using refrigerated trucks like we saw happening in New York in April, a building would be available for the state’s funeral homes to store deceased in a humane fashion.

Up until now the warehouse has only been used for storage of state owned PPE and testing supplies.  However, the governor announced earlier this week that the “space is being prepared to potentially serve its intended purpose, which the Department of Public Safety said will be, Short-term storage of remains that are in caskets and are prepared for burial.”

You can read about Minnesota’s COVID-19 morgue here. 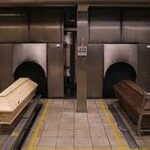 This article tells about legislation being advanced at the New York state capitol to allow for the electronic signing of documents authorizing cremations and burials.  This comes as the state may see another surge in COVID-19 deaths and takes into the reality that demand for cremations mushroomed at that time.

The article states that “because of a thicket of regulations, bodies had to be kept for weeks in refrigerated trailers because of limited capacity in crematories and rules limiting how the remains could be transported from morgues to cremation chambers. 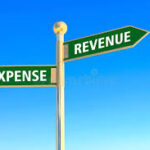 Finally, this article has nothing to do with the death care profession but I found it immensely interesting.  It deals with the State of Minnesota Budget Forecast.  In May, with pandemic fears, the state projected a $2.4 billion deficit for the budget ending on June 30 of 2021.  However, yesterday, the budget forecast was again made public and it projected a surplus of $641 million. . . .that’s a turnaround of $3 billion to the positive, even in this COVID-19 economy.

I found it interesting where the state is saving money or bringing in revenue.  It just proved to me that things don’t always work out the way that you would think that they do.  For instance:

Anyway, I just found those items interesting and thought I would pass it along.