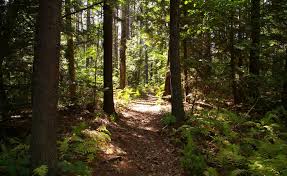 A little over a year ago Funeral Director Daily brought you this article introducing Better Place Forests to our readers.  At that time we said of the idea, “Think of it. . . increased cremation and now a place – like cemeteries of old – where today’s consumer will feel comfortable placing the remains of loved ones in an environmentally friendly way and place.  An interesting venture. . . and one whose time may have come.”

At that time the company had recently opened its first location in Mendicino, California, and while we thought it was probably a good idea whose time had come, we had no idea how fast the idea would get so close to home.

In August we were surprised to hear that Better Place Forests was considering a location in Minnesota as you can read in this article.  And now, we have word, and according to their website which you can reach here, we know that Better Place Forests will have a location in the St. Croix Valley on the eastern edge of Minnesota. . . only about 45 minutes from the state’s population center in Minneapolis and St. Paul.

If you haven’t heard of Better Place Forests it is, in our opinion, the idea of combining a conservation forest with final resting places for cremated remains.  Cremated remains can be mingled with the earth around a designated tree to provide for a permanent memorial for your loved one in what will remain a forest.

Founded by Sandy Gibson in 2015, the company appears to have four locations at this time — two in California, one in Arizona, and now one in the Midwest (Minnesota).  According to Mark Kehke, the Chief Real Estate Officer of the company, the Minnesota forest will “continue to provide watershed and viewshed protection, wildlife habitat and passage, and carbon sequestration.”

Better Place Forests, according to Kehke offer this, “Our customers get the opportunity to leave a legacy at an approachable price point.  Our average package is less than half the cost of a traditional burial.”  You can see the company’s pricing on their website here.  It appears to start at about $3,900.

Funeral Director Daily take:  We have said over and over and continue to believe that death care will bring in more niche products that families, who believe in that particular product, will take advantage of.  The ship has long since sailed from being only a choice of earth burial and cremation.

I’ve been around long enough to know that there are potential customers out there for things such as Better Place Forests, alkaline hydrolysis, and human recomposition (human composting).  The question that I think traditional funeral homes need to eventually answer is, “Will I be part of bringing these new ideas to consumer families or will I continue to operate by supplying traditional funeral and cremation services only and let these new products stand on their own?”

I don’t know the answer to that question, but I think how each individual funeral home answers it will obviously play a role in how their future unfolds.