The Best of Baltimore 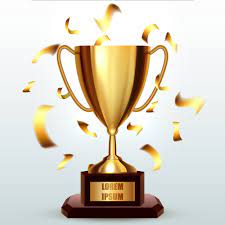 In my home state of Minnesota there is a sports writer who every Thanksgiving creates an article and makes a case for the worst person or thing that has happened on the Minnesota sports scene in the past year.  I’ve taken some inspiration from that but have also taken into account something my mom drilled into me, “If you cannot say something good about somebody, then say nothing at all”.

So, in the spirit of recognition, but also taking my mother’s advice, Funeral Director Daily is going to name a “Best of Baltimore”.

Over a month ago I spent three days at the National Funeral Director’s Association (NFDA) convention in Baltimore, Maryland. I spent two full days on the exhibit floor looking at everything from therapy dog kennels to alkaline hydrolysis machines and from caskets to funeral coaches.  There was a lot of great items and a lot of great innovations.

I was not looking for anything in particular and there were a lot of items that were of great interest to me.  However, from my point of view, I’m going to point out two exhibitors that I found extremely impressive to me. . .impressive enough to win my “Best of Baltimore” award.

Southern Calls magazine –  My friend, Alan Creedy, introduced me to Mr. Mike Squires at a group dinner in Baltimore.  At the dinner I learned that Mr. Squires was a former executive in the association business, but now published a quarterly publication aimed at the death care industry called “Southern Calls“.

It was at the dinner with other “retired” but “still doing something in the business” people that I had the chance to visit with Mr. Squires.  At this dinner, I learned he did in-depth feature articles that not only were about death care, but dealt with all kinds of subjects on what I would call “the fringes of death care”.  And, all of these subjects were of real interest to me. . . and I would guess would be of interest to anybody who has ever worked in the funeral home or cemetery environment.

I left the dinner glad I had met new friends and with the idea that I had to check up on Southern Calls, because the articles interested me, I liked Mike, and others at the dinner said it was a good magazine. . . but with no great impression other than that.

However, the next day I walked by the Southern Calls booth on the Expo floor and saw Mike.  It was there that he handed me the latest two editions of his publication, Southern Calls.  I took them home, have read them cover to cover, and must say –even for a person who publishes his own daily blog on death care — that I believe that Southern Calls may be the best publication in the death care business.  The in-depth articles and the inordinate amount of vibrant color photographs made the magazine remind me of why I waited for the full-color Sports Illustrated magazine to arrive every week when I was a child and we lived in a black and white  — newspaper and television — world.

Kudos to Mike Squires for his passion with Southern Calls magazine.  It’s earned one of Funeral Director Daily’s “Best in Baltimore” awards.  To learn more about the magazine click here.

LA ads – A Marketing Agency – The arc of my life took me into the world of death care, operating a family funeral home for over 33 years.  However, when I was early in high school all of the “career surveys” that I took pointed out that I would be a good fit to find a career in the marketing business.

As I mentioned, I choose another path, but I also was interested in where and how I marketed my funeral home.  I was aware of how the human brain worked in tying an image to reputation and the like and when I started our funeral home had no logo image.  I knew that I wanted to have a strong, definitive logo affiliated with our brand.  I can remember walking into an advertising agency and talking to the people about a logo and a plan for implementing a “perpetual” campaign with radio, cable television, billboards and newspaper advertising promoting the strength of our brand and the advantages of preneed planning.  They had never done a “funeral home campaign” but were willing to give it a try.

I paid what I thought was a hefty sum at the time — this was in the 1980’s.  Today that logo and that basic campaign theme is still in effect — with the results pulling our market share from about 60% to at one time 100+%.  That sounds odd, but we purchased a competitor and, in my opinion, even had families from outside of our trade area using us.  Market share at this time is probably around 90% because another funeral home entered the area after I left full time ownership.

So, that’s a long lead-in to this, but I want you to know how much I believe in the power of branding and marketing.  With that said about my history, it’s probably inevitable that I was able to come across what I found to be an incredible creative marketing agency for the death care business.

That agency is “LA ads – A Marketing Agency“.  I not only found the samples of their copy and creativity exceptional, but I realized that they are experienced and can operate an entire campaign for a funeral home or cemetery.  Their services can encompass, but are not limited to, branding, position messaging, creativity, promotion, marketing research, placement, and public relations.  Quite frankly, they are the Swiss Army Knife of bringing name brand recognition and positioning to your funeral firm.

I also had the chance to visit with their President, Rolf Gutknecht, at the company booth.  I found him to be engaging, personable, and really in the know about the death care business. . . i.e. he could talk my language.

You can learn more about LA ads – A Marketing Agency by clicking here.

Have a Happy Thanksgiving!!

Enter your e-mail below to join the 3,014 others who receive Funeral Director Daily articles daily: