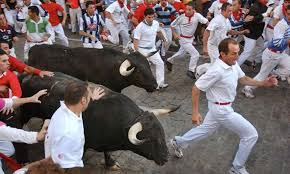 Australian funeral customer Jane Sinclair has created a little bit of a stir down under by calling for more transparency in the way that client families are charged for funeral services.  Ms. Sinclair, according to this article from ABC Australia, complained months after the services were performed for her mother.  She is quoted as saying in the article, “My feeling is the only way around it (price transparency) is some sort of regulation, some sort of consumer protection to stop people just being able to charge what they like, charging like wounded bulls.”

According to the article, Ms. Sinclair and her sister arranged for a “No services cremation” for her mother, without shopping around, at one of the largest funeral chains in Australia.  The cost was about US $3500 (all prices in this article will be converted to United States dollar amounts for easier understanding by our U.S. readers).  In that price she realized she was charged US $2240 for a “professional service fee”.

The funeral home that provided the services “insisted that the charge was made clear on their website and discussed at a family arrangement meeting.   The funeral home also said, according to the article, “That’s the service fee that is charged for a no-service cremation”.

The Australian Competition and Consumer Commission (ACCC) said customers have a right to request and itemized bill and would only be concerned if the funeral home was accepting payment for a service that they did not intend to provide to a consumer.

In the article a funeral director for a competing funeral home  said he “believes introducing national standards for pricing and service would help resolve customers concerns and make running his business easier”.

Funeral Director Daily take:  I started in the funeral business in 1980 right at the time in America when the Federal Trade Commission got involved with the “Funeral Rule” about price transparency.  I remember that funeral director/funeral home owners were quite scared about what it would do to their funeral revenues.

At the end of the day, in my opinion, it did very little to help the consumer or hurt the funeral home– partly because it was so wordy and complicated for the consumer to understand and partly because every family came in for arrangements and funeral directors had the opportunity to explain the prices to their consumer clients.

Forty years later though, we are in a new day of funeral/cremation care.  Potential client families want to know the cost and they don’t all want the funeral services and casket funeral which was the predominant choice in the 1980’s. . . . . and many don’t want to come into the funeral home/crematory for a price explanation.

We’ve seen consumer interest in transparent pricing recently affect the profession in the United Kingdom.  I believe that we will see some of Ms. Sinclair’s and others concerns in Australia affect that market — they just had a major upheaval with government intervention (Haynes Commission) in the pre-arrangement market last year – and we have the possibility of additional applications to the U.S. FTC Funeral Rule later this year and next.

I’m not one for government intervention in the funeral business, but I do believe it is good business practice to let your potential consumer clients check out your prices and offerings from their desktop, laptop, or phone.  I think it will be imperative, especially in urban markets, that funeral and cremation services are able to connect with consumers in this way if they intend to keep market share going forward.

My opinion is that if existing firms don’t voluntarily give potential funeral/cremation clients what they are looking for in price transparency others – such as the venture funded, nationally ambitious, new firms will. . . . and I believe they can gain market share by doing so.

Tomorrow —  We will do a second report on Australia dealing with pricing and will explain why we see their business models with a 70% cremation rate – including a high percentage of “no service cremations” – as a harbinger of what may be coming to the United States.