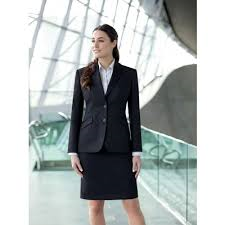 I came across an article the other day  on nextavenue.org that you can read here pertaining to the growing number of women who are entering the funeral director field.  The article focused on funeral director Jan Smith of Indianapolis who attended mortuary school in the 1990s.  Ms. Smith recalls that the number of females in her class was only about 5%.

Today, the article states that the National Funeral Director’s Association membership includes 16% of its current membership as female – up from 10% in 2004.  In addition, the nation’s mortuary schools report that 61% of the students currently enrolled are women.

The article goes on to give some reasons why women are entering the profession in numbers like never before.  Here is some of the reasons that the article gives:

Funeral Director Daily take:  There is no doubt that the profession is seeing an influx of female funeral directors.  While I don’t necessarily believe in all the bullet points up above –I always felt I was an excellent facilitator and organizer also — there is no doubt that  much of the consumer public feels very good about making funeral arrangements with a woman funeral director.

I’ve seen the change.  I graduated from the University of Minnesota School of Mortuary Science in 1980 and I don’t remember a female being in our class of about 40 graduates.  Today, as a member of the school’s Board of Regents I have the privilege to hand all graduates their diploma as they come across the stage at graduation.  Anecdotally, it seems to me that it is truly a 60/40 split with females being in the majority.

I’m all for it — there should be equal opportunity for all.  The last four people who I have written letters of recommendation to the University of Minnesota School of Mortuary Science for from our community have all been females.  Three are now graduates and great assets to the funeral industry and the fourth should be in this year’s graduation class.

It will be interesting as we move forward to see if the influx of female funeral directors evolves into funeral ownership.  Outside of generational firms, ownership seems to be pretty male dominated.

Finally, we’ve mentioned niche funeral services on this web-site before.  Maybe we will see female ownership of a group of funeral homes operated with the female touch.  That is not as far-fetched as you think.  Australian funeral home giant InvoCare has a grouping of about 50 mortuaries named White Lady Funerals that has been operating since 1987 using all female funeral directors and attendants.  You can see their web-site here.