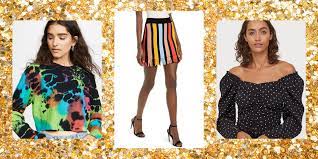 “There is an appointed time for everything.  And there is a time for every event under heaven –“.  That is the first verse in Ecclesiastes Chapter 3 and the 2nd verse goes on to say “A time to give birth, and a time to die“.

Any funeral director who has ever spent time on a graveside service standing over an open grave with a pastor or priest giving a final commendation has heard those words.

And, those words are prophetic, not only in the capacity of humans living and dying, but in trends, fashion, social media, television, and even death care.  The question today’s article relates to is “Are you ready for “a time for everything in the funeral business?”

Several things converged last week to have me come up with this topic.  Like, there evidently is a time for Democrats and a time for Republicans.  Then I read an article on the “fashion” of social media.  Finally, I had coffee with a retired friend and golf partner who was CEO/President of a large cable sports channel in his day. . . . and we discussed how things have changed.

We discussed the election and I told him of the social media article that I had read and how the social media companies were related to the fashion industry in that article.  The article pointed out that fashion changes yearly — maybe it’s bell-bottom pants one year and the next year it is “tight-fitting’ pants or maybe it’s long baggy golf shorts that have now given way to the “above the knee” streamlined version.

My friend reminded me that was true of television.  Back in the 1960’s and 1970’s we really only had network television -ABC, NBC, CBS – and then public broadcasting to choose from.  Then in the 1980’s he mentioned that the “Big 12” of cable was introduced and we added ESPN, CNN, and TBS, among a couple of others to the mix. . .but there was really only 12 nationwide stations to watch.

Today, we have diversified viewing interests into so many channels that on any given night the leading channel will be watched by only about 5 million Americans — out of a nation of about 330 million people.  That’s about 1.7% of our nation’s people watching the top channel. There are well over 250 national channels to watch and the viewing public splits among them.  And, quite frankly, there are even more changes underfoot as we are getting into the streaming channels that are now here to stay also. . . . Here’s the Top 15 average watched television channels for 2021 according to Variety magazine.  (For the full list of 150+ channels click here.)

This column is, however, not about television viewership.  It’s about trying to help you in operating your funeral business.  However, I think facing the fact that “change” is inevitable, as television viewing points out, can help you maintain and even grow your business.  Here’s a couple of thoughts I have.

Social Media —  Social media is changing all the time.  Remember “My Space”?  My Space went from being the most visited website in the world in 2006 to something none of us even think about in 2022.  Younger people have already transitioned out of “old fashioned” social media such as Facebook and Snapchat into TikTok, Twitch, and Discord. . . . and, my guess is that it won’t be long and something newer and fancier will be on the trend.

A funeral home can spend a lot of money advertising for clientele and future clientele in the social media realm.  I think it is appropriate and smart to know where your “audience” will be.  If you need a little help with that the experts at RingRing Marketing can probably help steer you in the right direction.

Funeral and Memorial Services —  Over time, again not every season like fashion, but death care disposition trends will change over time. . . and that time may be decades, but they will change.  From casketed services by the “Boot Hill” undertaker, then to funeral homes, then to church services, then to the continuing popularity of cremation and then to off-site non-traditional memorial services. . . . the trends have been changing all the time.

The movement continues to move away from traditional casketed services. . . . is your funeral home ready to help those in the evolving disposition methods such as alkaline hydrolysis, natural organic reduction, and green burial services?  Those services will not become the mainstream overnight, but the trend lines are there for them to grow.  As they grow into more and more services don’t let yourself get caught not being able to provide for those consumers who ask for them.

My guess is that choices of death care dispositions will continue to become more and more plentiful.  And, like television watching or social media preferences, America will be fragmented in what death care disposition and memorialization methods we choose.  To stay relevant as the death care professional expert in your area, make sure you are up-to-date on what services you can offer.

Enter your e-mail below to join the 2,996 others who receive Funeral Director Daily articles daily: