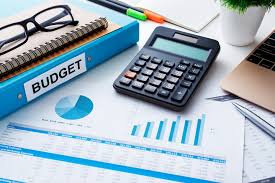 When I was in my working and funeral home owning/ managing years Labor Day passed and Angie got the kids off for a new school year and I started the financial planning for the next year at the funeral home.  Yes, the 3rd Quarter was not even completed in the current year and there was almost a full four months left until New Year’s Day, but planning and starting to move on that plan took time.

As I have mentioned before, I broke down every spending category to see how I could get more bang for my bucks.  For instance, if I had spent $1000 per month on radio advertising, I didn’t just add on 5 or 6% to that number and plug it into a budget.  I would schedule a visit with my radio representative and go over the details on how we maybe could get just as much impact but spend less.  Just so you know, depending on the demographic you are looking to impress with your ads, spending less and getting better results can be done.  It just takes some research on knowing what demogrpahics you want to hear from you and when those people are listening to the radio.

It was at this time that I also looked at the casket sales of the funeral home.  Let’s just say that I was selling 100 units at a $600 wholesale average.  And, maybe I got a 2% prompt payment discount and a 3% end-of-year rebate if I hit those numbers.  I always liked casket sales reps who seemed like they were my teammates.  We talked of ways that might be beneficial to both of us.

For instance, we would discuss options such as if I could lift the wholesale average to $650 in the next year bringing in an extra $5000 or 8.3% to the casket company, would they be willing to move my end-of-year rebate to 4% instead of 3%.  In a situation like that. . . both of us prosper.  When I used negotiating tools like that, I was always pretty surprised how the sales reps had a positive response. . . . . it sure beat just asking for a bigger discount.

I also looked at what I would be doing with my service charges.  Inflation made somewhat of a difference, but not much as I eventually got around to raising my prices 3% every January 1.  I found that over time, at least during my managing years, that number more than kept up with inflationary pressures over the years.  I also found that 3% was pretty explainable to my clientele without ever causing a backlash.

Finally, I looked at what expenses I would have unique to the year.  I had to find a way to pay for these without taking it out of what I expected in profits.  The year I remember most in this category was the year that the Americans with Disabilities Act was implemented.  We had to construct ramps both inside and outside the funeral home to be in compliance.  I remember making sure that the cost of those changes were added to our basic 3% increase so that we could recoup, what was more than a small capital expense, in just one year.

The great thing about recouping those expenses is that after one year you didn’t take the number out of your revenue budget. . . . the ramps and other small capital projects over the years kept paying for themselves in increased revenues annually.   In that way, improvements made the case that you could charge more. . . and the improvements kept paying off year after year by higher revenues.  In essence, the improvements of the ramps added $20,000 in revenue year after year.

So, if you operate a funeral home, what areas should you be looking at especially close as you price out your 2022 budget?

First of all, the Social Security Administration will set the Cost of Living Adjustment for Social Security sometime in October after the first three quarters of 2021 will give them a number.  The preliminary number that has been floated by the SSA is a number somewhere between 4.0 – 6.2%.  That’s a little higher than what it has been for several years so it does give you an indication that costs for things like gasoline, heating oil, electricity, and the like will probably have a more than normal inflationary rise.  Look at these numbers close so you don’t underestimate what may happen.  Here’s a recent article on the potential Social Security COLA from Yahoo Finance.

I also think a visit with your health insurance agent may be a good idea.  When will the price of Covid-19 care be priced into policies?  Delta Airlines, who evidently are self-insured for health, announced the other day that a hospitalization for Covid-19 runs a minimum of $50,000 per case.  And, someone will eventually be paying for those stays.  Stay on top of your health insurance. . .there can be ways to minimize increases with deductibles and the like.

I would also visit with my property and casualty insurance agent.  Does your business policy cover “cyber hostage” costs?  It’s a growing trend we have been hearing about on the news.  I think most business policies now carry that type of insurance as standard, however, the limits on coverage on the standard policies seem to be pretty low. . . .like $15,000 per incident.  My guess is that if somebody gets into your computer system and shuts you down. . . . the cost to recover, either from paying a ransom or paying a technician will be much more than that.

I hope you had a great Labor Day Weekend, because now it is time to get back to work and you have something to think about even if you didnt’ have any death calls over the weekend!!