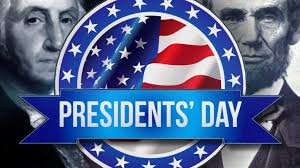 Today we celebrate President’s Day 2021 in the United States.  We’ve just been through an election. . .and an impeachment hearing.  There is no doubt that the American president, whomever it is at the time, is the centerpiece of the most media attention of any  human being on the planet during his time in office.

Over my lifetime, I’ve seen that world-wide media attention be both good and bad. . . .showering positives on that president when some in the media think what he is doing is good public policy and being very critical when the members of the media believe decisions may be bad public policy.

Another thing that I’ve seen, however, is how the world comes together to mourn a president when they happen to die.  Criticism is generally thrown out the window and the pomp and circumstances of the death of an American president take over.

What has been common in that “pomp and circumstances” of the American State Funeral for the last 20 years has been the involvement of funeral director, Bob Boetticher.  Here’s what an article, written in 2020, from the American Funeral Director had to say  about Boetticher:

“From state funerals for presidents, leading the services for celebrities to the neighborhood barber, Boetticher has been there to guide families through that rough period. Now as president and CEO of the LHT Consulting Group, a subsidiary of Service Corporation International in Houston, Boetticher, 73, remains as committed as ever to his mantra of “having the one shot and one shot only to do it right.”

“Do it right” is Boetticher’s trademark. It’s why he has been recognized as the 2020 Lasting Impact Award recipient by the International Cemetery, Cremation and Funeral Association’s Educational Foundation.

In honor of President’s Day and the funerals that have honored presidents, we pass on these articles on Mr. Boetticher that we thought you would enjoy reading.

Funeral Director Daily take:  I was a student of Mortuary Science at the University of Minnesota when former United States Vice-President, and 1968 Democrat Presidential candidate, Hubert H. Humphrey died in the Minneapolis metropolitan area in January 1978.  President Jimmy Carter offered the use of the President’s plane, which is only titled Air Force 1 if the current President is aboard,  to shuttle Humphrey’s remains between Washington, DC and Minneapolis for the funeral services.

Werness Brothers Funeral Home of Minneapolis was in charge of the arrangements and Mr. Robert Werness came into our classrooms to tell us of his experience as lead funeral director for the Humphrey memorialization process.  I can remember all of us students fascinated in listening to his experiences.