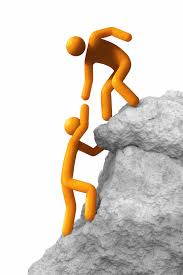 It was recently reported that California passed the three million mark in the number of documented COVID-19 cases and passed the 33,000 mark in death due to COVID-19.  According to several sources, that great number has caused some funeral homes to stop accepting new death call cases.

That has caused Dignity Memorial director Anthony Lampe to make the following statement about California’s Eternal Valley Memorial Park and Mortuary, “We want to be there to support the community. … Our intention is to at least be the one person that can help people … so we’ve decided that we’re going to bend over backward to accommodate, no matter what we have to do.”

Lampe continued speaking of his experience with the pandemic by saying the following,  “I’ve been in this business just about 30 years, and I’ve worked around people that have been doing it longer, and none of us have ever seen anything like this.  This is clearly a different thing compared to the worst-case scenario we’ve ever seen before. … It’s like every day, it’s a disaster after disaster after disaster — it’s sort of the perfect storm.”

According to this article from the Santa Clarita Valley Signal, here are some things that Lampe and Eternal Valley have done to try to help all families in need:

Even with all they have done, here is what Lampe says about going forward, “What it was a few weeks ago, what is today, the kind of decisions I might be putting out tomorrow could all be a little bit different.  “It’s hard to say — nobody can really tell us what it’s going to look like in the next two, three, four, five weeks.”

Funeral Director Daily says kudos to Anthony Lampe for what he is trying to do for those people so in need of care.  Again, it is another great example of how we have seen death care personnel put service to others over self during this pandemic.  And, that is a great attitude to have.