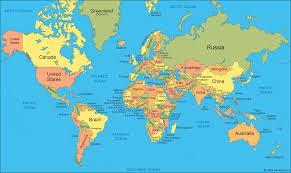 Funeral Director Daily has a few readers in the English speaking parts of the world outside of North America.  We have followers in Great Britain, Australia, and New Zealand.  However, it is not too often that we get news from those regions.  Today, we are bringing you three articles from various parts of the world.

When we do get news from those locales, however, it is interesting to note how common the issues are between the differing countries and the countries of most of our subscribers — the United States and Canada.  For instance, just to name some issues that are common to all of those countries we would refer to regulatory price issues which at the present time includes reviews in the United States of the Federal Trade Commission Funeral Rule and in Great Britain a review of funeral service pricing with the Competition and Markets Authority.  Even in Australia the Haynes Commission fairly recently undertook a long review into the pre-need funeral insurance issue.

My point is that I think it is important to keep up with what is happening in other parts of the world as we are growing closer together every day.  I’ve been convinced that “Best Practices” in the funeral business no longer is confined to our geographical area best practices.  There’s a lot to learn from watching each other and in doing so you may be able to keep a step ahead of your competition. 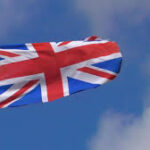 Great Britain — “Epidemic of Grief:  The challenge of the UK’s massive loss of life” — This article deals with grief and the suffering many are having in a time of loss of life and no physical services or help for those who are suffering.  The article points out that deaths via COVID in the United Kingdom have exceeded 100,000 and family members have had to “deal with grief through social media, phone help lines, and other platforms”.

Here is what Jon Levett, Chief Executive of the National Association of Funeral Directors had to say about the situation.  “There were always so-called death cafes where groups of people who had suffered a bereavement would get together and sit and so on. That is not allowed under current restrictions but increasingly those platforms [support groups] are now moving online so those who suffered a bereavement are going online and talking.”

This grief is real and it is everywhere caused by the COVID deaths.  As we move into a post-COVID world is there a way your funeral home can reach out to these people who are hurting. . . to lend a helping hand and at the same time build goodwill and market share for your funeral home.  It would be the best of both worlds if possible — helping people and building your business. 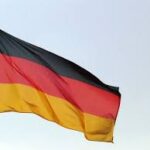 Germany — “Bodies pile up at crematorium at Germany’s virus hot spot” —  “The situation is a bit tense for us right now”, says Joerg Schaldach, manager of the Meissen crematory in Germany.  Schaldach is facing some of the same “storage” issues that many funeral homes and crematories are facing at this time due to the COVID-19 pandemic.

Schaldach is used to storing  70-100 caskets for a cremation rotation, but at this time he has over 300 people waiting to be cremated and dozens more delivered every day.  At present, his facility is cremating about 60 people per day.

And like in Great Britain, Schaldach sees the human suffering also.  Here is a quote from him in the article.  “It’s our business, we’ve seen death many times.  The problem we see is that grieving loved ones need our help. And at the moment there is a greater need for words of consolation because they gave their deceased loved one to the ambulance and they are never seeing them again.” 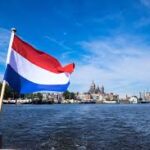 The Netherlands —  “Five things you didn’t know about funeral insurance”  —  This is a really good consumer piece about preneed insurance.  It talks about options, freedom of choice with funeral homes, premium payments, and more.  The article tells the consumer that they can make “concrete” decisions about their death care wishes or they can, through insurance, leave a supply of funds to pay for choices picked out by their survivors.

Here is the exact wording in the article about the burial situation — “The general plot is considerably cheaper but has a shorter duration than single or family plots. This means that if the plot has a duration of 10 years, 10 years after you have been buried, your relatives will have to pay again, or your coffin will be dug up and disposed of elsewhere. Natural plots remain untouched for the longest period but can be extremely expensive in some cases. And don’t forget, prices also vary per cemetery and within a local authority area.”