I was visiting on the phone with the CEO of one of the funeral home consolidation companies on Friday when he asked me how long I had been out of direct management of our business.  I replied that it is just over seven years and I was happy not to have been there during the past year especially when I saw the saw the crushing workload and the sense of funeral directors having to be the “emotional rock” that families […] 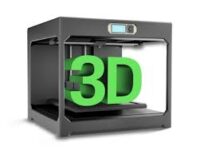 If you have been a funeral director and did prep room work for any length of time you are aware that there are some situations where you will question that you can get the deceased back to an acceptable level of appearance for a casketed viewing. I will be honest and tell you that while there were times when I enjoyed the satisfaction of prep room work, I wasn’t real skilled at it.  I was fortunate to have teammates that […] 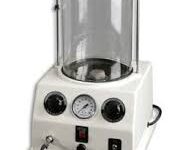 Archbishop says, “No more” referring to extreme embalmings in the church

In 2018, when I learned about it, Funeral Director Daily introduced our readers to “Extreme Embalming” via this article about some funerals that had taken place in New Orleans.  “Extreme Embalming”, for better or worse, is the moniker that has been given to the embalming art of embalming bodies and posing them in “life-like” forms for the visitation and funeral. Since the 2018 article in Funeral Director Daily, which brings forth another article that has photos of the practice in […]

Keeping up with Green cemeteries

While Funeral Director Daily has not written much on the subject lately, in today’s news feed we found two articles on the green burial movement that we thought we should pass on to our readers.  According to one of the articles, Green – or Natural burials – is said to consume 4% of the death care market place.  I’m not so sure that I have seen that high of a number, but I also have no proof to rebut it. […]

The Tulsa World reported in an article that you can read here that an arrest was made last Wednesday, July 31, in connection with a fire that destroyed the Dyer Memorial Chapel, then at 1610 East Apache Street in Tulsa, in 2015.  According to the newspaper the suspect was booked into the Tulsa County Jail on charges of first-degree arson, endangering human life during an arson, and second-degree burglary. The newspaper also reported that two employees of the funeral home […]

Encouragement. . . You can all do it

I left the world of full time everyday work about 5 years ago.  With that and my two boys growing up and somewhat out of the house as a college grad in the working world and the last one in college, I have found more time during the day to do things that I really wanted to do and couldn’t when I was operating a funeral home and having the roles of husband and father at home. One of the […]

According to this article in the Minneapolis Star Tribune , in a ruling made public on Wednesday, a judge upheld a citation by the Minnesota Department of Health that fined a Minnesota funeral home $5000 for, among other things, storing crates of applesauce in the funeral home’s preparation room. Again, according to the newspaper, a routine inspection in September 2017 found the applesauce in crates stacked four high and three deep in five rows in the same room where hazardous […]

“Extreme Embalming” and You

While searching through articles pertaining to the death care industry I came across an article from Vice.com entitled, “Inside New Orleans Extreme Embalming Funerals” that you can read here.  The article points out a trend, that as far as the author can tell started in Puerto Rico in about 2014 and has grown in acceptance especially in the New Orleans area of the United States. The article to which I have linked you above interviews New Orleans funeral home owner […]