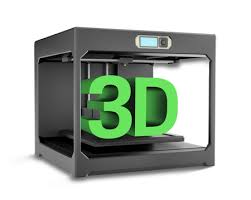 If you have been a funeral director and did prep room work for any length of time you are aware that there are some situations where you will question that you can get the deceased back to an acceptable level of appearance for a casketed viewing.

I will be honest and tell you that while there were times when I enjoyed the satisfaction of prep room work, I wasn’t real skilled at it.  I was fortunate to have teammates that were incredible good at that craft and I was very confident in them when they were doing their work.

In our profession we’ve talked about the technology advances in the death care business in segments such as streaming of services, Zoom or online arrangements,  creation of memorial folders, and even in creativity while advertising via social media.  One place we don’t seem to talk about technological advances is in the preparation work that is done for funeral viewings.  Unless it is a new chemical formulation or a new type of lift device, not many prep room technological advances have been talked about in my years in funeral service.

However, today we bring you this article from the South China Morning Post that deals with China’s Xi’an Funeral Home using three-dimensional printing devices to fashion restorative art masks for funeral visitations.

According to the article,  “Open casket funerals are common in China, where it is traditional for family and friends to see the deceased one last time. This means bodies must be restored as close as possible to how they were in life. Morticians in China have been using standard techniques to restore disfigured faces for decades, but since the start of this year, Zhang (Liancho) and his colleagues have been introduced to a technology that has revolutionised their profession – 3D printing.”

Again, according to the article,  “The Xi’an Funeral Home started researching the possibility of working with 3D printing last year, said Wang Yong, another mortician at the centre. There were limitations with traditional methods, he said, such as cases where there was missing skin. . . .  These challenges prompted the centre to look for a less taxing and unconventional method.  The Xi’an Funeral Home has spent months researching new methods. Staff visited other funeral homes in Shanghai that have used 3D printing to learn how the technology could be applied in their work. Wang said most examples of 3D printing they found were used in medicine, such as hospitals printing out matching body parts.”

The article goes on to talk about and show photos of the 3D printing work that has been done in the funeral profession.  Funeral director Zhang mentions that he has served 12 families with 3D printed restorative art since the beginning of the year.  Zhang says that there are some deficiencies with the process, however, he states, ““I feel satisfied after I serve the deceased . . . Now with 3D printing, the bodies look even better, which helps morticians and families too.”

Funeral Director Daily take:  This is an interesting story about a potential breakthrough in post-death funeral service restorative art.  I’ve been fortunate during my time as a board member of the University of Minnesota to be able to go to our College of Science and Engineering and see how 3D printers work in action.  I’m still amazed when I see them create something from what appears to be a flat picture.

Back in 2017, as you can see in this story, surgeons at the University were able to model in three dimensions the hearts of conjoined twins in preparation for surgery to separate the two, which included separation of the hearts.  They credit the 3D modeling with helping them understand the situation problems and solutions better.

I think we are way too early in the process to know if 3D restoration of the deceased will be an accepted practice.  But, interesting to read about, nonetheless.

3D related — This is a news story video of the conjoined twins being separated.  From a personal standpoint, these are the times that I found being a part of University leadership incredibly humbling. . . . many times the decision had to be truly about trying to do something good for mankind, without regard to cost.  And, because of successes like this, I’ve learned to take mankind over cost every single time.