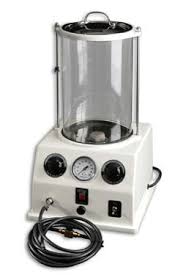 In 2018, when I learned about it, Funeral Director Daily introduced our readers to “Extreme Embalming” via this article about some funerals that had taken place in New Orleans.  “Extreme Embalming”, for better or worse, is the moniker that has been given to the embalming art of embalming bodies and posing them in “life-like” forms for the visitation and funeral.

Since the 2018 article in Funeral Director Daily, which brings forth another article that has photos of the practice in it, I have not heard much of the process until coming across this recent article, where Archbishop Jason Gordon from the southern Caribbean island nation of Trinidad and Tobago has now banned the practice in the Roman Catholic churches of the 1.4 million population nation.

Here is an article from the United Kingdom publication The Sun entitled “The rise of bizarre extreme embalming trend where dead bodies are arranged in lifelike poses so they can attend their own funerals”.  The main reason I have included this article is that it includes photos of the end results of the process.

Archbishop Gordon of Trinidad and Tobago states in the recent article,  “It is a horror. It is a desecration of the dead and it is something that we are going to put a very clear policy on very shortly.  We are not going to accept this kind of thing because it is, to use a Trinidadian word, it is a pappyshow of the dead. It is a desecration of the temple of the holy spirit.”

According to the article, there has been at least two recent extreme embalming funerals in Trinidad and Tobago.  Both were prepared by Dennie’s Funeral Home which “has defended its right to honor the request of families”.

Archbishop Gordon says that he intends to talk to the island undertakers and wants to let them know, in the case of extreme embalmings that “then they would have to seek alternative methods to say goodbye to their loved ones. The funeral will not happen in the church”.

According to Wikipedia, “Trinidad and Tobago has the third highest GDP per capita based on purchasing power parity (PPP) in the Americas after the United States and Canada.  It is recognized by the World Bank as a high-income economy.  Unlike most Caribbean nations and territories, which rely heavily on tourism, the Trinidadian economy is primarily industrial with an emphasis on petroleum and petrochemicals; much of the nation’s wealth is derived from its large reserves of oil and natural gas.”

Funeral Director Daily take:  I’m a free market capitalist and I’m not necessarily against this practice on government, legal, or health grounds.  However, my Lutheran faith which gives a reverence to the body of the dead, finds it something I would not be doing with my loved ones for that reason.  And, I think that church bodies have that right to distinguish the practices that they will allow inside their facilities.

I’ve said it before, and I continue on the track that death care is moving from a “one size fits all” to a more individualistic approach and that is not all bad.  The funeral home that only provided embalming and caskets will see less and less of the public use them as there are all kinds of methods of disposition approved or gaining acceptance around the world.

A funeral home needs to know those methods and be ready to answer how they will respond when a consumer family asks that funeral home to serve them in one of those capacities.  Have you thought it out?