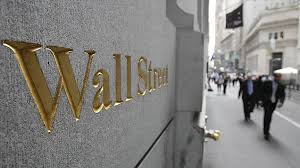 I will preface this article to say that it is being written on Friday, January 10.  Because of that all prices quoted come from the end of the day on Thursday, January 9.  I will also say I am not a stock security analyst and all opinions are mine alone.  Finally, I do own stock positions in Service Corporation International and Park Lawn Corporation.

With that said, I thought it might be fun to compare what these public funeral home companies have done in 2019 and look as to what we see with how they compare with each other and with investors.

So, in North America, we have four major publicly traded direct to the consumer funeral home/crematory/cemetery companies.  They are Service Corporation International (SCI), StoneMor Partners, Carriage Services, and Park Lawn Corporation.  There are also large non-publicly traded companies who may or may not have more assets and/or revenue than the four mentioned companies.  However, companies like Foundation Partners Group and NorthStar Memorial Group are private by definition so we do not have the ability to look at their performance and, because of that,  they are left out of this report.

Of the Four public companies, how does their revenue compare?

We know that Carriage Services and Park Lawn Corporation have both been aggressive in making acquisitions in the past year.  In our opinion, the final numbers for both will be up and it is conceivable, but unlikely, that Carriage Services passes StoneMor Partners for the #2 revenue position with 2019 numbers.  If Carriage does not pass StoneMor with 2019 numbers, we expect it to be done with 2020 numbers.

In our opinion, Park Lawn Corporation will end the 2019 fiscal year with the largest percentage increase of revenue simply because of their very aggressive nature in acquisitions over the past year and smaller base to start with.  It is conceivable, if they continue their aggressive path, that they will also pass StoneMor Partners in the near future.

How did the companies reward their shareholders in 2019?

As you are aware of, 2019 was a good year to those who held equities.  All three indexes – Dow Jones, NASDAQ, and the S&P 500 gained during the course of the year.  For the most part, the public funeral home companies, with the exception of StoneMor Partners, were similar.  We will give you a percentage gain using one year stock prices from January 9, 2019 to January 9, 2020.

So, there you have it.  On a least two data points we were able to point out where the public funeral home companies stood at the end of 2019.  There are a lot of other data points and different people judge by different data points.

Going forward in 2020, we continue to see an aggressive path to acquisition expansion by the public companies as long as the cost of money (interest rates) are low.  We expect these four companies – along with some of the larger private companies – to vie for some of the top properties in top demographic markets across North America.  It will be an interesting ride to watch.

Related-— One of the investment companies sent out this short description of how the markets moved in 2019.  I thought it was very appropriate and a good reminder of what happened during the year.  I decided to share it with readers.

There were three distinct stages to the year, with different drivers in each. The year began with the Federal Reserve going from a tightening bias to a neutral stance, triggering a risk rally that lasted until early May. Then US-China trade tensions escalated, as did recession risks, lasting until early October, during which the S&P 500 was roughly flat with two 5% drawdowns. The final stretch began when the US-China Phase 1 trade deal became likely, global growth started to stabilize, and the benefits of Fed and European Central Bank easing kicked in.”