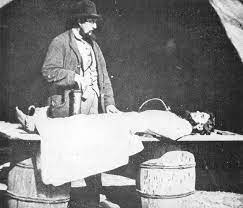 If you follow the trends in death care you will notice that not only increased cremation continues to happen, but so does interest in alkaline hydrolysis, recomposition, and other “green burial” practices.  According to this article, in New Hampshire 18-year old Anya Nicoll and state legislator Jerry Knirk are working towards changing a 1971 state statute that they believe hinders sustainability in funerals, specifically “Green Funerals” which generally preclude embalming of the deceased.

Here is the statute in question:

325:40-a Deceased Human Bodies Exposed. – No dead human body shall be exposed to the public for a period in excess of 24 hours unless said body is properly embalmed.

The two sustainable funeral advocates believe the law is vague and, according to the article, some believe funeral directors use it to force embalming services and purchases on families when it is not legally required.  While some funeral directors would like to see the law remain because it does prompt “difficult decisions” for families, other advocate against it.

For instance, Lee Webster, director of New Hampshire Funeral Resources, Education, and Advocacy, states in the article that she has “heard countless stories of people who were forced into embalming a loved one against their wishes.”

There are those quoted in the article, such as Iowa State professor Carlton Basmajian, who simply want to make death care more sustainable to the environment.  Basmajian argues that cremation, as well as embalming, is bad for the environment.  He states, “They (cremation and burial) are polluting, just differently.  And they use a lot of energy to do so. While some industries are heavily regulated for their environmental footprint, that’s not the case for burial.”

Basmajian also states that Green Burials had their beginnings in the 1980’s counter-cultural and environmental movements.  He comments, “Woodstock turns to burials … and now I think we’ve reached the point where this has become very mainstream thinking.”

Funeral Director Daily take:  I don’t want to get into an argument whether a state statute needs to be rescinded or removed. However, I will dare to say that a lot has happened in death care over the past 51 years since that statute was put on the New Hampshire books.  It probably does not hurt to look at the statute and how it fits into today’s death care culture.

I would also argue, however, that funeral professionals should be part of the equation at looking for answers. . .not just a state legislator who wants to make environmental points with constituents.

If the current pandemic has taught us anything, it has taught us that public health regulations can offer safe solutions at times.  And, there is a certain amount of “public health precautions” that come with proper embalming. . . . any decision should not overlook that fact..

Enter your e-mail below to join the 2,551 others who receive Funeral Director Daily articles daily: