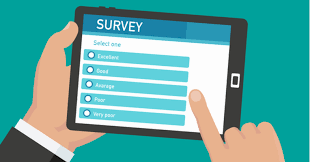 In between those extreme numbers came Mental Health -56%, Sex – 48%, Politics – 42%, and Religion – 41%.  The survey pointed out that even among those who believe talking about end-of-life is important, only 58% have done so.  The survey is not skewed toward older ages so that question being asked of younger people probably skews the number to the low side.  Whereas, money, mental health, sex, politics, and religion probably have no age bias towards being talked about.  In my opinion, that’s probably the number one factor why interest in death ranks so low on this particular survey.

It’s also interesting, and not surprising, that the results of the survey show that, in general, the younger crowd is more open to having an “alternative type” of death care service or disposition of their remains than the Baby Boomer cohort.  For instance, 22% of Gen-Zer’s (ages 18-25) would be interested in having their cremated remains compressed into a diamond whereas only 6% of Baby Boomers see that as an appropriate selection of final disposition.

It’s also interesting to note that gifting your body to science is a fairly rare (3-4%) selection and does not change much over the ages nor does being an organ donor (about 13-16% dependent on the age bracket).

Some other interesting highlights of the survey:

I found this an interesting and eye-opening article.  It’s difficult to draw conclusions, however, the answers in themselves are somewhat interesting.  For instance, why does Gen-Z carry insurance on so many things.  One obvious answer is that they cannot afford to self-insure their possessions and monthly warranty-like payments make it affordable.  Another answer may be that they have seen the benefit of insurance on products as they have lived with more electronic products in their young age than Baby Boomers and have probably seen some malfunction or break.

Read the article and see if you can come to any conclusions about Preneed.  I couldn’t.