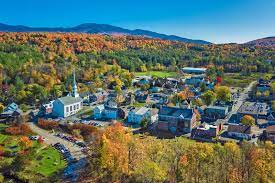 Over the past several weeks I’ve had several instances which caused me to wonder “What is going to happen to rural America’s home town, home-owned, funeral homes.”  Again, it has not been one thing, but a string of instances that have made me wonder about that.

For instance, I know of firms in my state of Minnesota, especially in smaller communities, that are having a hard time finding licensed staff.  And, just last week I served on a panel at the University of Minnesota for it’s new Mortuary Science students and part of that day included a networking between the students and potential employers.  There seemed to be lots of small community funeral homes looking for help.

Finally, I had one of the readers of Funeral Director Daily relate to me that he is close to retiring and has an 85-call firm in a small community.  He related to me that back in 1993 he had visited the owner and expressed an interest in buying the business.  In 1998 that wish came true and the owner told him that he had chosen him from among about 30 young funeral directors that had the same interest of small-town funeral home ownership.

We are now 25 years later, and that funeral director tells me that he has never been approached by a young funeral director willing to purchase an 85-call funeral home in a small, rural midwestern community.  He wondered why and then told me this, “I polled about 7 funeral directors on why I had not been approached, the most consistent answer was the younger generation wanted their time off, that the importance of having your name on the sign was no longer important compared to having a life outside the profession.”

First, I would argue that small-town mentorship is not as available or prevalent as it once was.  Even in other businesses I see that.  Back 30, 40, or even 50 years ago the funeral home owner in a small town was a big part of the fabric of that community.  They were a person who sat on the bank board, who was active in their church, and who was always there when a family lost a loved one.  Young people, many times were impressed by that situation.

Some communities lost that person when their funeral home was sold to a regional operator who operated the business with non-equity funeral home managers.  Many of those people were great people but sometimes managers came and went and the community no longer had that family-owned funeral home person as a pillar of the community.

I also think in a realistic world, young funeral directors look at a small community with a finite death care number and wonder, as the cremation rate hits 70 or 80%, is there enough profit to be made with 50-85 death calls.  That is probably especially true if the community is within 30-40 miles of a regional center where one firm may be advocating for direct cremations at a cost of under $2,000 and hoping to draw some clients from the smaller community.

Another reason, which is certainly not exhaustive of all the reasons for the perceived decline in rural funeral home ownership, is that of the occupation of the trailing spouse.  America has moved in the last century from a 60% rural population (1900), to a 25% rural population (2000), to where we are at today with a 14% rural population according to the 2020 census.  The odds are that even if one member of a married couple is willing to purchase and live the rural life as a funeral director, the other member may not be.

And, that is not just because they don’t want to move to the community. . . . it may be that their occupation does not have an opening or even have that occupation in the community – such as a medical researcher.  There might be several factors including not giving up some of the amenities that suburban live offers.

I don’t think that funeral service and the ownership of rural funeral homes is unique in this situation either.  What about pharmacies — here’s an article that insinuates that 1,231 or the 7,624 independent pharmacies in the USA, 16%, have closed leaving no pharmacy in over 630 American communities.. . . That situation is very comparable to funeral homes — a combination of less people (customers) in the community coupled with lower margins making profits tougher to come by.  In addition, there is that requirement of being a licensed specialist on duty virtually 24/7.

So, again a column with no answers but a lot of pondering.  The small rural communities are not going away anytime soon.  These communities of 2,000 to 5,000 inhabitants will continue to have deaths that need to be served.  Will it be like the grocery or nursing home businesses that now serve these families from 40-50 miles away?

Related article — “The small town that saved its only grocery store — by buying it.”  The Hustle