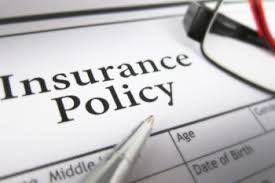 I can remember back to a time when I thought sending out direct mailing pieces for preneed funeral planning was too forward and bordered on being in bad taste.  At that time we were always worried about offending someone who had an illness in the family or who recently had a death in the family.  Our perception was that the family receiving the mailer would think we were insensitive to them.

Well, we’ve came a long way since that time. . . and I’m glad we have.  Families now understand direct mail and understand that the letters they receive hawking everything from credit cards to funerals are simply promotional pieces and not aimed at them in particular.

It’s interesting how times have changed. . . especially when I put it in context to how those in the nation of South Africa are seeing funeral insurance advertising at this time.  A combination of a funeral as a status symbol, social pressure for a “nice” funeral, and the Covid-19 pandemic have raised the countries preoccupation with having funds to pay for those services when needed.

This article I recently read from Bloomberg tells the story like this, “. . . there are signs for funeral-cover (insurance) packages everywhere in the midst of hawkers selling chicken kebabs, corn on the cob, electronics, fresh fruit, clothes and wigs. In a store front, employees of insurance company Two Mountains said its agents across the city have been handing out flyers with plans that include a “prince dome cherry casket.” Across the street, a grocery shop has a sign in the doorway offering funeral insurance for as little as 2 rand ($0.14) a day.  Airwaves are flooded with burial-cover ads and supermarket chains like Shoprite are bombarding clients with offers of funeral help to shop with them.”

The article goes on to tell that that “cultural pressure” on one’s future burial “has spawned a burgeoning industry for funeral insurance.”  It goes on to say that in the country’s $48.3 billion insurance sector, funeral insurance is the most popular category.  The article also says that at 13% of annual wages, funeral costs in South Africa are the world’s 4th most expensive. . . behind only Japan, China, and Germany.  That makes the need for preneed insurance almost imperative.

According to Pieter van der Westhuizen, general manager at the country’s largest funeral home chain, Avbob, “The cost of funerals in South Africa is not driven by wealth.  The cost is being driven by cultural expectations.  Every community has its own idea of what a funeral must look like.”

Progressive funeral homes are not letting others in on their markets easily.  One funeral home owner expanded his funeral home into the insurance business fifteen years ago.  He now sees himself in the “financial services” business as well as the funeral business.  Owner Vuyo Mabindisa says, “I could sell more policies than the amount of people I could bury . . .”.  Mabindisa says his firm now carries the preneed accounts of more than 30,000 policy holders.

Preneed sales do not look to slow up soon in South Africa as Warwick Bam, head of research at Avior Capital Markets explains, “There’s a lot of competition coming in and everyone sees this as the place to be.”

However, there is another side of the coin to watch out for. . . . . For all the rush to get a piece of the business, high payouts during the pandemic may hit some companies hard, Kuben Naidoo, deputy governor of the South African Reserve Bank and CEO of the Prudential Authority, said in an interview.   He said,  “If the third wave has a death rate as high as the second wave I think you may have many insurance companies — the bigger ones would have to raise provisions — but many of the smaller ones that sell funeral plans may be under water.”

Funeral Director Daily take:  I find it interesting that the general manager of the largest funeral home chain in the country quotes that funeral costs are “driven by cultural expectations“.  I might add that it is not so many years ago when that might have been an appropriate line in the United States funeral world.

At least in my community, it was expected that Roman Catholics had this type of service, that Lutherans had this type of service.  The Baptists had their type of services too. . . . and they were also somewhat unique, but that uniqueness was expected of their group.  I think that barrier of cultural expectations, at least to some extent, has been broken.  In today’s world in my community a family is not looked down upon or ostracized depending on the type of service — burial or cremation — or no service at all.  I think we have came to a point where we understand it is a personal decision. . . .and whatever their decision is, we believe it to be okay.

I also read this article with a little bit of caution about what we do.  The funeral director quoted now sees himself in the “financial services” business.  He talks about being able to sell more policies than the amount of people he could bury.  Providing pre-funding is probably giving what the people want. . . . but, I hope he does not do that at the expense of helping people at the time of death.

I think we can look at this situation in South Africa and learn from it.  Do we always need to follow the crowd?  Either as a consumer or a funeral business?  I don’t know who said it and I cannot claim it, but this article and the frenzy about selling preneed life insurance in South Africa reminds me of the following saying:  “Those who follow the crowd usually get lost in it.”