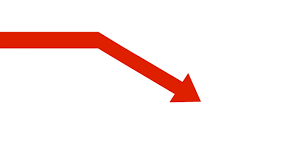 What might surprise you, and we have brought it up on this forum before, that while Covid-19 played a role, the drop was not totally attributed to the pandemic.  For white Americans, drug overdoses also helped push life expectancy down and for Black Americans, rising homicides were a significant reason for the decline in that population.

The Center for Disease Control, according to the article, says that Covid-19 was resonsible for about 74% of the life expectancy decline in the United States.

Here are some other findings from the Center for Disease Control:

While life expectancy in the United States has historically risen year after year due to advances in medical care, devices, and techniques, it also had significant declines in 1943 when young soldiers were dying in World War II and after the Spanish Flu pandemic swept through America in 1918.  The article also points out that life expectancy continued on a rise shortly after those decreases and that is the intended path at this time also.  However, experts say that the eventual rise may take time time to reach and we cannot expect to see it as early as 2021. 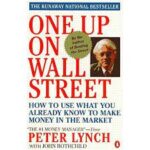 10 of the Greatest Investors of All-Time, Part 2.  Part 1 can be reached via this article also.  The article comes to us from Wealth Professional – Canada.  Editor’s Note:  I happened across this article, partly because I enjoy the research of investing and decided it was worthy to be included here because it includes Peter Lynch, formerly manager of the Fidelity Magellan Fund as one of the Top 10.  Lynch wrote the book “One up on Wall Street” which I have quoted several times in my writings.  I’m a disciple of the Lynch style of investing which sometimes says, “boring, grind it out companies are great investments”.  In many ways, that describes the death care business that I was part of from 1980 to 2013.

As a matter of fact, Lynch was known for his investment in Service Corporation International from early on. . . and the article mentions that.  Here’s part of what the article says of Lynch:  “Among his many criteria for stock selection is that the company name is boring, the product or service is in a boring area, the company does something disagreeable or depressing, or there are rumours of something bad about the company. Their ugly duckling nature tends to be reflected in the share price, so good bargains often turn up. Examples include Service Corporation International (a funeral home operator – depressing) and Waste Management (a toxic waste clean-up firm – disagreeable).”