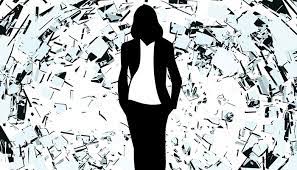 Every once in a while I come across an article which reminds me how much the actual inner workings of a funeral business has changed.  And sometimes paradoxically, the same article or articles can point out that what I’m looking at is not so much a change as it is an evolution.

So, sometimes what we think is so new. . . is more of that evolutionary process.

I also noticed that there was somewhat of a necessity on how Sarah Ang of Serenity Casket and Funerals and Mary Helen Stanley first got into the funeral business.  Both, like I did, took up the business after the death of a family member in the business. . . in Ang’s case, her father and in Stanley’s case, her husband.  Ang give her mother credit for being the “pioneer woman” of funeral service in Singapore.  In spite of her mother’s objections, Ang also decided to join the funeral industry.

The two articles are an exceptional read and somewhat highlight a dedication to service that these women, and many others like them, had to join the death care profession in what was once dominated by the male gender.  I think back to my graduating Mortuary Science class at the University of Minnesota in 1980.  I think we had about 40 graduates with one being a female.

Here are a couple highlights from the Singapore embalming team article:

You can read the complete articles:

These women prefer to work with the dead than the living.  Asia One