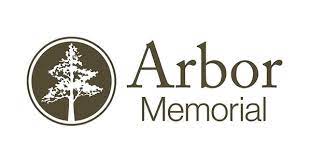 Canada’s privately owned  funeral home and cemetery company, Arbor Memorial, was recently selected as a “Gold Standard Winner” for Deloitte’s Best Managed Companies award for the 4th straight year.  The award is the country’s leading business award program recognizing entrepreneurial companies for the caliber of their management abilities and practices.  You can see a press release on this award here.

It’s easy to see why Arbor Memorial is considered for this award every year when you look at an article that recently appeared in the Oakville section of the Toronto Star newspaper.  The article, which you can access here, is entitled, “It really has been embraced:  Oakville funeral home using robot to help loved ones take part in services”.

The article goes on to tell of the Glen Oaks Funeral Home & Cemetery being a pilot funeral home within the Arbor Memorial family to use a robot to help technology bridge the distance gap that was apparent during the social distancing throes of the Covid-19 pandemic.  The robot, which to me looks like an iPad mounted on a Segway, can be remotely controlled and can help those not in the room for a visitation, funeral, or memorial service connect to that event in a unique way.

Here’s a quote from the article, “Don Clarke, the managing funeral director at Glen Oaks, said the robot’s purpose is to help people unable to attend due to COVID-19 gathering restrictions still actively participate in the service.”

Clarke’s reactions continued with this exerpt from the article, “He noted people not able to attend a funeral can take control of the robot and move it about the room.  The robot’s camera lets the operator see in-person mourners so you can approach them and pay your respects.  The robot’s screen also shows those in attendance a live image of the operator’s face, something Clarke said is important as those present can see the operator’s facial expressions and emotions. We were doing livestream, but that didn’t let the people who were online take part.  The robot changed that.”

Here’s a video from Toronto CitiNews that shows the robot in action.

According to their press releases, Arbor Memorial was established in 1947 and has over 130 locations and is a trusted family-owned Canadian company.  They employ over 2,500 individuals.

The NewBridge Group recently made a couple of announcements in press releases.  First of all, they announced that they had worked with a regional buyer, Fidelity Memorial Group, to acquire the Edwards Funeral Service of Ohio.  You can read that press release here.

The other announcement the NewBridge Group made is that they have hired industry veteran Ron Gushulak as a Succession Planning Leader.  You can read that press release here.

Here is the web-site for Fidelity Memorial Group.

Another acquisition by Foundation Partners Group:

Foundation Partners Group of Orlando, Florida, made this announcement whereby they announced that they had added a seventh Minnesota location by acquiring the Sandberg Funeral and Cremation Service of North St. Paul, Minnesota.  The Sandberg family purchased the mortuary in 1942 and operated it for three generations prior to this sale.

Here’s what 3rd generation operator Mary Kaye Sandberg said in the press release about the Foundation Partners acquisition, “The generations before us really took care of our community and built a beautiful, lasting relationship, and I feel very lucky to have been able to carry it on. . .  Selling the business was all about continuing our legacy and making sure what our grandpa started can be carried on. With Foundation Partners, we are joining a company that cares about legacy and the families we serve just as much as we do.” 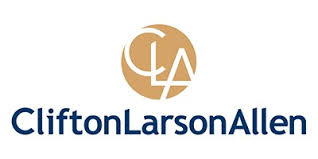 Cybercrime tips for your Business:

Here is an article entitled “10 ways to protect your computer network from viruses and attack” brought to us by business management consultants and accountants Clifton Larson Allen.  My take is you never know too much about trying to stay one step ahead of the cyber-thief.