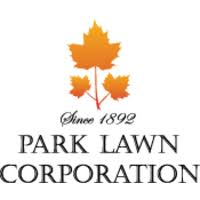 And, that decline in deaths has resulted in a decline in revenues for public company death care companies.  However, Park Lawn Corporation (PLC), as you can see in their 3Q2022 report here, reported a revenue increase of about 10.7% — from $73 million to $80.8 million.

They do explain, however, that “Revenue growth was supported by strong sales at the Company’s Acquired Operations, which increased by $8,498,984″.  Park Lawn Corporation does not report, at least publicly, “Same store” sales so it is difficult to ascertain their actual comparable revenues on that basis.  They do say, however, in their 3Q2022 report that “Revenue from Comparable Operations remained consistent with only a slight decrease of $519,455, as a result of the sharp drop in mortality year-over-year. . “

Here’s what Park Lawn Corporation CEO J. Bradley Green said of the situation, “While we saw the national death rate fall sharply during the quarter, Park Lawn’s same store call volume decreased significantly less than the national average and that of our peers, demonstrating market share strength. We also saw a meaningful increase in our pre-need property sales year over year. In addition, we began to see positive results from our heightened expense control of inflationary pressures and expect these efforts and related pricing increases to support further margin growth in the near term.”

From my point of view, a drop of only about $519k on about $73 million in business would be less than a 1% decline. . . . that would indicate a market share gain or revenue increases per case – or both – for the company.  Both of those factors would be positive news.

At the same time that we saw increased revenue for Park Lawn Corporation we also noticed that Net Earnings for the quarter fell 25.9% compared to the prior year and EBIDTA fell by about 2.7%.  That indicates, at least to me, that PLC has not yet caught up to the inflationary pressures that have been problematic to so many businesses in the past year.

Funeral Director Daily take:   We’ve all been there with our own individual funeral homes. . . . that big sweep of business for a short period of time.  It’s very similar to what the big public companies had going on during the high covid death times.  The comparable 3rd Quarters of 2022 to 2021 was very similar for Service Corporation International, Carriage Services, and Park Lawn Corporation.  High services and numbers in 3Q2021 followed by lower service numbers and (generally) lower financial performance in 3Q2022.

Coupling that almost 15% decline in deaths, generally lowering overall revenue, with the inflationary cycle we are now in, generally raising costs of doing business, made management difficult.

As I write this on Thursday, we hear a report that the CPI (inflation index) has ticked down for the month of October.  That should be a good thing moving forward.  However, America had even more deaths in the 4th Quarter last year (900,329) than in the 3rd Quarter of 2021.  So, the management issues and decisions on pricing, wages, and other variables will not get any easier for funeral home owners, operators, and managers in the immediate future.  That gives some idea that next quarters comparable numbers may be seen in the same context as this past quarter.

An interesting observation:  Now that StoneMor has went private I just happened to look at the revenues of the Big 3 funeral home/cemetery public company operators.  The three of them (SCI, Carriage Services, and Park Lawn Corporation) had total revenues of $1.146 billion for the 3rd Quarter of 2022.  Just to show how big SCI is, here is the breakdown of those numbers and the percentage of that $1.146 billion that each company produced in revenue:

Enter your e-mail below to join the 2,996 others who receive Funeral Director Daily articles daily: