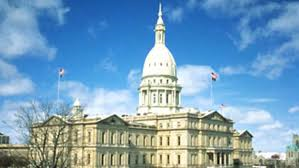 We learned last week in an article that you can read here from Reuters that a cemetery in Canton, Michigan, has been shut down by the Michigan Department of Licensing and Regulatory Affairs (LARA).  It was reported in the article that over one hundred uncremated fetus remains were found at the Knollwood Memorial Park Cemetery in Canton and the Gethsemane Cemetery in Detroit.

The investigation reported that 44 fetuses also did not have proper documentation and LARA found the Canton cemetery to be grossly negligent in the improper storage of remains.  The cemetery has been shut down and fined $135,000.

LARA concluded by saying that “Knollwood’s conduct demonstrated a lack of integrity to protect the public and a lack of good moral character”.

The article also relates that this investigation grew from the on-going criminal investigation at the Perry Funeral Home in Detroit.

Funeral Director Daily take:  From my point of view there is just too much of this going around.  I cannot imagine what the families of these fetuses think about this.

I don’t have an answer, but funeral directors need to find a way to work with hospitals to assure families that this type of thing will never happen again.  Continuing to be in the news for this type of behavior puts a slow erosion into our professional morality that is difficult to gain back from the consumer public.