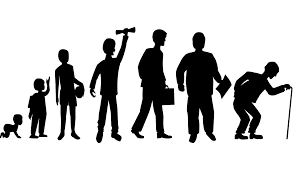 So, today’s article is a little different.  It’s not necessarily about death care or the funeral business.  You see, last week I had a birthday. . . and having that birthday gave me time for reflection.  I’ve been able to reflect on my life in the funeral business. . . . from entering college to starting out to owning and operating a funeral home and finally to where I am today — mentoring those who see funeral service as a worthwhile career and, in some instances, a business to own of their own.

I’ve came a long way. . . and it is interesting because it seems that the longer I am involved in the profession, the less I knew yesterday.  And, today, I continue to learn.  Yet, what I did yesterday and yesteryear is relative and has perspective in what I do or know today.

Have I confused you yet?

I graduated from mortuary school, had served my practicum, and passed my national board tests in time to go to work on the morning of June 9, 1980.  I would be the 4th funeral director at our family funeral home which was managed by an older gentleman because my dad had died three years prior.  I was content being the lowest director and lowest paid on the totem pole because I was the least experienced. . . and I was ready to learn.

I also thought I was ready to teach those old dogs some new tricks.  You see, I had worked in the summers, but over the last school year I had done my practicum at the Washburn McReavy Chapels in Minneapolis.  Today, I think they have 16 chapels and probably control about 90% of the Minneapolis market share.  I learned a lot there. . .Mr. McReavy knew my predicament. . .that my father had died and really took me under his wing — I’m grateful for that to this day.

I was ready in June 1980 to show my colleagues at our funeral home how it was done in the big city.  However, when I got home I realized that our community had our own mores and customs of how death care was conducted and the way of the big city was not necessarily for us.  I learned the funeral business, while national in scope, was really local in practice.

After some time the manager retired and my mother who owned the funeral home allowed me to be the manager — partly because the two older funeral directors did not want that responsibility.  I worked hard to become a good boss. . . . and, after a few years my mother offered me the chance to buy the funeral home.

Being the owner and the leader eventually got me invited to serve on boards and I spent lots of time doing that.  I not only enjoyed it, but it expanded my friendships and, in my opinion, that was good for business.  I served as President of my church, on the community economic development council, on the board of a senior living campus, and even as the President of the Little League.

Finally, the time for me to leave came and with no family members interested in working in the business an outside buyer was sought.  I later found that wasn’t the end either as some of my colleagues told me that I had experiences to offer younger funeral directors and this blog came about.

So, it is kind of funny.  I tell my wife that when I was making decisions as owner of the funeral home everybody wanted to second guess me.  Now, I write this blog and I get e-mails from Australia, Great Britain, and all over the United States from people who want my opinion on death care issues.  I even get calls from Barron’s Financial News, appear on Funeral Nation and other podcasts as an “expert” and I haven’t changed at all from when even my own staff questioned my decisions.

Or have I?  I’ve come to learn that experience is a great teacher and sometimes you need that age to get the experience.  Suffice it to say that I’ve enjoyed every level I’ve been on in funeral service. . .Rookie, Leader, and now Mentor.  I love the profession and I think done right, funeral directors can make a huge difference in the communities that we serve.

Well, I’m getting a year older and adding to that experience.  I’ve also realized that I’ve been blessed in so many ways — not the least is with all the friendships of families I’ve served over the years. . . and my health, and people, especially my family, that care about me.

So, I’m getting older. . . and I think a little wiser.  If you will indulge me, I’m going to keep on writing about death care issues so that we all can learn from them and make our communities even better.