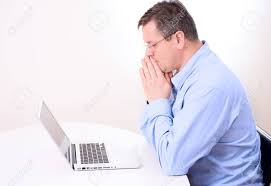 The Cremation Association of North America (CANA) showed statistics that cremation dispositions in the United States accounted for about 56% of all human dispositions in 2020.  I’m guessing that percentage will grow slightly for 2021 as it has every year for the past 40 or so years.

CANA’s futuristic looking statistics, which have been pretty accurate over the years, show that at some point in about the next 20 years, barring regulatory issues,  cremation will be over 75% of all human dispositions.  Those statistics alone would seem to indicate that a funeral home’s investment in a cremation chamber would be a good investment.

From my point of view, the bigger funeral homes have almost all capitalized a project to include their own crematory over the past 20 years.  Our funeral home, about 325 calls at the time, did so in 2005.  There are, however, a great number of funeral homes in smaller towns in America that do about 100 calls per year.  Many of them still transport their cremation cases to a 3rd party trade cremation service.  However, I thought I would do a column on the financial aspects of building, owning, and operating your own crematory for a 100 call firm.

I have not bought a crematory since 2005 so for pricing I came upon a current website of one of the manufacturers in North America.  Here’s what they said about the cost of purchasing a new crematory:  (the company) “normally delivers a Human retort and accessories, installs the equipment, fires the chamber, and trains your cremationists, for approximately $135,000.”

So, let’s use that number and also plug in a number to add a 16 foot by 30 foot addition (480 square feet) to your funeral facility to house and operate your new crematory.  At $275 per square foot for construction (I’ve done some recent construction and my guess is the number for your addition would be less than this) for 480 square feet, your addition will cost about $132,000.  That brings the project to a total of $267,000.

We will figure your operating costs as such:

If cremations continue to rise in percentage:

Other Considerations you need to think about:

Each funeral home and funeral home owner has to look at the pros and cons of this argument and determine what is right for them.  Obviously, as volumes go up, and your fixed financing costs are covered, there is more and more financial benefit to owning your own retort.  It’s pretty obvious but many small town funeral directors don’t always think of this. . . . for a growing call funeral home the benefits, in the long run, are greater than for a funeral home declining in calls.