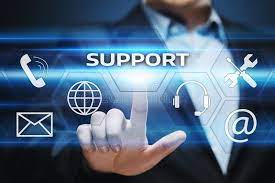 New York based Empathy has raised $43 million in about the past six months.  This article tells of their most recent raise of $30 million in Series A funding coming quickly on the heels of a $13 million seed round about six months ago.

According to the article, “The U.S. end-of-life industry is projected to grow to about $100 billion in the next three to five years, including death care, estate management and other services, yet it remains outdated and fragmented. . .”  It is in that “end-of-life” industry that Empathy hopes to make its mark.

Empathy provides an app that “streamlines end-of-life logistics, minimizes tedious tasks, and automates estate administration, while providing emotional guidance along the way”.  According to the company’s website it also helps with funeral planning offering “step-by-step guidance so that every moving part falls into place”.

Empathy CEO Ron Guru says this in the article, “We think it’s much-needed.  We think it’s purposeful and I personally made it my life’s mission to help people deal with loss. I think it’s going to be very empowering to do that with technology.” 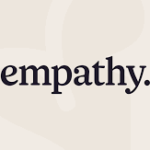 Guru also said that Empathy is starting with the U.S. because dealing with grief during the loss of a family member is more difficult there than in many other parts of the world.  “In the U.S. it is a very complicated system when it comes to such things as probate and estate issues, and the added funding will help the company build the tools and services for families during those challenging moments.”

Funeral Director Daily take:  I’m not real familiar with Empathy at this time.  However, I’m really impressed by any company that can raise $43 million as a start-up.

When you go to the company website you can see testimonials of people who have been helped via the app so it is apparent that it is useful and has helped people during difficult times.  On the website the company claims it can help survivors with the following:

There’s a lot of good to be done for survivors if an app can help with all of those things.  However, everything has to be paid for and many people, believe that they can do those things on their own without paying anybody for the help.

Here’s where I think Empathy is different.  While there is an individual premium service that survivors can pay for to use this help, the company is attracting large companies to pay for the Empathy premium service as an “employee benefit” at no cost to the employee.  They are also working to have life insurance companies offer the Empathy program free of charge to policy holders as a policyholder benefit.

And, I think it is human nature to want to make use of something if it is offered free of charge to us.  That’s why I think Empathy may be able to ramp up and be used by those in need more than other services that may be offered at a cost to the consumer.  If Empathy can indeed get payroll benefit departments and life insurers to pay for the cost of the system to consumers, then they may have found the secret sauce to success in this endeavor.

Last August New York Life signed an agreement to partner with Empathy for its life insurance beneficiaries.  Joel Cutler, co-founder and managing director at venture capital company General Catalyst said this about the partnership concepts, “Empathy, has proven both its commitment and its determination to reach as many families as possible, partnering with companies across different sectors to connect with diverse audiences, as well as recruiting the best and the brightest to further their mission.”

So, it appears that Empathy has a product that may be needed by many and a way that consumers can use the product without paying for it.  That sounds like a recipe for success if the consumer continues to believe that Empathy makes a difference in the end-of-life, funeral planning, and grief process.