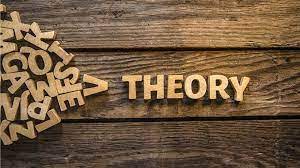 In the early days of the pandemic I was called by a reporter at the Business newspaper, Barron’s, for my opinion on, among other things, what was being termed the “pull-forward” effect of pandemic deaths.

The theory at that time was that it appeared that most of those dying from Covid deaths were elderly and of somewhat ill health to begin with.  If that was the case, then one might assume that a great number of those people were probably in their last 3 years of life.  As this article points out, the United States had 711,109 to 747,783 of what are referred to as “excess deaths” in 2021 alone.  Those numbers represent up to 21.7% of all United States deaths (3,426,249) reported in 2021.  On a world-wide scale, according to this article, the number of excess deaths in 2020 and 2021 number about 14.9 million.

That United States number might suggest that those over 700,000 deaths are deaths that may lower the actual death numbers to come in the following years of 2022, 2023, and 2024.

The Barron’s reporter further concluded that if the “pull-forward” effect was real, then in years following the pandemic American funeral homes would suffer with a low number of death calls.

So, where are we today in reality on that train of thought?  While we are still too early to tell for sure what the “Pull-forward” hypothesis will conclude over time, this report from the Center for Disease Control (CDC) seems to tell us that deaths, from all causes, in the United States are down about 6.5% in 2022 as compared to the first six months of 2021.

From my calculations it appears that deaths for the first six months of 2022 number 1.578 million in the United States as compared to a number of 1.687 million during the same time period of 2021.  As mentioned, that’s about a 6.5% decrease in total deaths.

Funeral Director Daily take:  I’m of the opinion that there is a “Pull-Forward” effect because of the Covid-19 pandemic.  However, I’m also of the opinion that at the end of the day for most funeral operators it will not matter in the overall scheme of business.  While businesses are individual and not average, there is still the number of about 1,000,000 excess deaths in America because of Covid-19 over the past three years.  However, there are roughly 19,000 mortuaries in America so the “average” funeral home will have performed about 52 excess funeral services in the 2020-2022 years to this point. . . and maybe will perform about that same number of less funerals because of the “pull-forward” effect in the next 3-5 years.

Obviously, not all funeral homes are of equal size or in communities that are identical as to Covid-19 deaths.  So, while I don’t see a big effect in the average family owned funeral home, you may see some large deviation in the numbers coming from the large operators such as Service Corporation, Carriage Services, Park Lawn Corporation, and Foundation Partners Group that congregate their call totals and financial numbers together.  Simply put, I think the larger an establishment is the greater variance in death calls you may see between the years 2020-2022 and the number of calls during 2023-2025.

I also think you may see some “pull-forward” effect in the numbers reported for cemetery preneed sales.  I see that simply because when a family member died of Covid-19 cemetery sales and additional preneed cemetery sales for future family interments were higher than normal.

Finally, you may see the “pull-forward” reality manifest itself in national suppliers to the death care industry.  I’ll be looking at the numbers of caskets sold from Batesville and Matthews for some information.  It is quite possible, however, that those numbers are not reported by the big casket companies with revenues being the only number reported.  And, that number could be quite deceiving in that America’s inflation could cause comparable numbers in the revenue realm to have no correlation to the number of units sold.

Enter your e-mail below to join the 2,795 others who receive Funeral Director Daily articles daily: