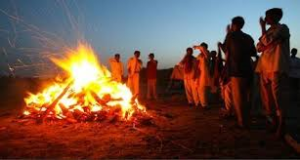 A Missouri legislative bill with nearly unanimous consent has recently passed out of the Missouri legislature and is awaiting Governor Mike Parson’s decision to sign the bill into law.  You can read more about this bill here from KansasCity.com.

The bill, according to the article, would allow licensed funeral directors to organize outdoor cremations at licensed sites or private sites that have permits.  It was the idea of Kansas City Democrat legislator Jason Holsman who is quoted in the article, saying (outdoor cremations have been performed)  “since the dawn of man”.  Again, according to the article, Holsman said his interest in the subject began in part because of his northern Germanic and Viking ancestry and stated that he would like to be cremated in the open air.

Oddly enough, there is one licensed open air crematory in America.  It is located in Crestone, Colorado.  The Crestone crematory serves about five families per year and, according to the founder, attracts up to 300 viewers at a ceremony.

Funeral Director Daily take:  I really don’t know if this is a real word, but I continue to see the death care industry/profession moving to a “niche-ization” of the death care options.

It wasn’t long ago – 40 years – that almost all deaths were moved by the family to a funeral home and a casketed earth burial occurred.  The differing options that the consumers seem to want — cremation, alkaline hydrolysis, resomation (human composting) ecolation (human freeze-drying), green burials, and the like will, in my opinion, over time create niche death care businesses.  Not a bad thing – as this is what the consumer wants – but an issue that will make some death care purveyors, especially in large urban areas,  pick their preferred option to specialize in.