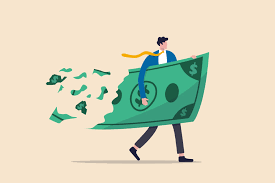 According to this article from This is Money (Great Britain) the Safe Hands Plans funeral preneed fund “went under six weeks ago”.  Taking information from an article in the Financial Mail on Sunday, it suggests that over 47,000 plan holders are left with the potential of zero balances in their trust funds that were supposed to pay for their funeral services after death.

According to the This is Money article linked above “An independent actuarial report, prepared by Zenith Actuarial and obtained by the Mail on Sunday, also raises concerns over the investment management of the £60 million ($78 million U.S.) trust fund. It queries a shortfall in the payments made into the fund (from cash given to Safe Hands by planholders) and the amount actuaries ‘would have expected’.”

Furthermore, “Company accounts scrutinized by the Mail on Sunday show money from this vital trust fund was routinely being paid into Safe Hands’ general company coffers. The company was then paying large sums of money to its shareholders.”

The article also suggests other allegations against improper financial measures and loans to Safe Hands Plans executives have been part of the demise of the company.  The problems are now reaching Parliament as member Lucy Allan made this comment, “If Safe Hands’ planholders’ entitlements are not honored it would undermine the trust and confidence in the whole funeral plans industry.”  Allan added that pressure needs to be brought to bear on industry leaders to find a solution ‘that protects plan-holders and the integrity of the sector‘.”

A couple of Safe Hands Plan clients are quoted in the article including Kim Sharp, age 62, who seemed to be doing all the right things but may end up being out over U.S. $4,000.  Sharp made this comment, “The policy covered the cost of all funeral arrangements apart from flowers, so my kids wouldn’t have to worry about the expense. . . .I never thought the plan was anything but rock solid safe.”

When Safe Hands Plans collapsed it led to the appointment of FRP Advisory to serve as Administrator.  According to FRP, Senior people at Safe Hands have been asked to attend interviews regarding the company’s collapse.  They state in the article, “Failure to attend will lead to them being required to go to court and be questioned under oath.”

As you may know, the Financial Conduct Authority (FCA) will be taking over regulation of the United Kingdom’s pre-paid funeral plans come July 2022.

Funeral Director Daily take:  While this is a bad situation, it certainly is not the first time something of this scale has happened in the funeral pre-arrangement industry.  The problem is, that while there are great providers in this industry, it only takes one company’s failures to bring bad publicity to the rest and get the industry painted with a broad brush by a skeptic general public.  There is a great fear of that happening in Great Britain right now.

I think Member of Parliament Lucy Allen is correct when she states, “If Safe Hands’ planholders’ entitlements are not honored it would undermine the trust and confidence in the whole funeral plans industry.”

That’s the dilemma that the British death care and preplanning industry faces right now.  There is no doubt that 47,000 plan customers is a lot  of potential funerals, but I also know that at least one company in Great Britain advertised that they have done over 64,000 pre-arrangements in one year.  So, when you see that number of policies there is some numerical hope that the Safe Hands Plans can be absorbed among the existing competitors in some fashion.  In thinking about doing something like that, those competitors have to analyze what it would cost the industry if they did nothing about restoring some of these benefits for plan holders.

In the meantime, until some type of plan is formulated, I think death care providers and preneed providers in Great Britain will see a lot of negative publicity because of this issue.  And, that’s a shame because like almost all death care purveyors, their hearts are in the right place for helping those who have suffered loss.

Quite frankly, it reminds me of the Michael Milken/Executive Life Insurance collapse in the United States in the 1980’s.  That was eventually settled and I don’t know how, but a policy holder that I knew had his father’s policy eventually pay the original death benefit.  However, up to that payment he was restricted from taking out cash value or getting a growth in death benefit — features that were originally provided for in his original contract. Here’s a story on regulators seizing Executive Life back in 1991.