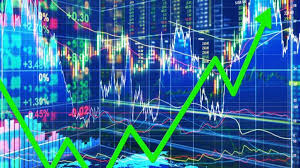 If you follow Wall Street and the American stock market you will know that we are in the period of the summer where public companies start to report their earnings as of June 30.  For most of the companies who operate on a calendar year this is their 2nd Quarter results and gives investors a look at how a company is doing midway through the year.  For some companies who have differing fiscal years, the report may represent their 3rd Quarter or Year End results.

The public companies that we keep track of in the Death Care industry are no exception and between now and about August 8 all will report their June 30, 2019 data.  As they report, we will pass those reports on to our readers.

At Funeral Director Daily we have organized what we call our “Death Care Index” which is a dollar value representing one share of common stock in each of the eight death care companies that we track.  Those companies include funeral home and cemetery operators Carriage Services, StoneMor Partners, Service Corporation International, and Park Lawn Corporation as well as hybrid funeral home operator and pre-need company Security National Financial Corporation, and casket maker Hillenbrand Industries who manufacture Batesville Caskets.  It also includes Matthews International who are in the cremation manufacturing industry and well as the memorial monument and casket industries and Assurant who has a world-wide preneed funeral insurance presence.

We last checked in on these companies at the close of business on March 18, 2019 and the Death Care Index (DCI) stood at $265.87.  And, at that time those 8 companies paid a combined $5.41 annually in dividends making for a 2.03% annual dividend rate.  As of the close of business on Monday, July 15, the DCI stood at $276.79 . . . .an increase of 4.1% in roughly the past 4 months is nice, but it is still lagging the general stock indicator of the Dow Jones Industrials. . .that 4-month return would equate to about a 12% return on an annualized basis.  Comparing that to the Dow Jones Industrial average, for the same time period,  which closed at 27,359 on Friday. . . which is an an increase of 1,511 or 5.8% return for the time period equating to a 17% annualized return.

Here is a synopsis of stocks in the DCI which have done very well in that time period which include Assurant, Service Corporation International, and Park Lawn Corporation.

Assurant — In the March to July time period Assurant has moved from $95 to $112 – a move of over 17%.  In that time period Assurant has had the ratings agency A.M. Best re-affirm their credit rating status.  Included in that assessment was, according to E-Trade, the statement that “the ratings of (Assurant subsidiary) American Memorial reflect its balance sheet strength. . . as well as its strong operating performance and favorable business profile'”  It was also noted that “American Memorial is one of the largest writers of preneed life insurance in the United States.  It’s premium business has experienced favorable premium growth trends over the past years.”  A.M. Best also said of Assurant Life of Canada that “it is the leading writer in Canada’s preneed market and maintains good geographic diversity within Canada’s provinces”.

Service Corporation International – Service Corporation International stock moved from about $40 to $47 in this time period which is a move of 17%.  There was no real specific news on SCI, but as America’s largest death care provider it seems to trade on the Wall Street speculation that the “graying of America” will be good for funeral and cremation service providers.  From our perspective at Funeral Director Daily, it is interesting to note that the demographics of the baby boom generation seems to generate more interest in the investment of death care than does the changing habits of today’s consumer.   We expect these – the aging of America demographics vs. lower per capita death service expenditures – to collide at some point in the future to provide more narrative on the death care business investment world.

Park Lawn Corporation — Toronto based Park Lawn Corporation has moved from about $18 per share to about $21 (U.S. $)per share in the past four months for a market move of about 16%.  At Funeral Director Daily we believe this move is revenue based considering the acquisitions the company has been making.  As the company moves forward the proof of positive valuation will be told in whether the company can manage to move those increased revenues into increased profit.  From our point of view at the moment, the market is giving them the benefit of doubt that that can be done.