Last week Funeral Director Daily learned about a lawsuit against a Park Lawn affiliate cemetery from this article.  The article contends that the American Moslem Society (AMS) of Dearborn, Michigan, has filed a lawsuit alleging an attempt by Woodmere Cemetery to breach its contract with the mosque.

According to the article, AMS has purchased more than $5 million worth of graves and burial services over the last two decades.

AMS now alleges that a contract that was signed in 2017 for an additional 1000 grave spaces  has, to date,  amounted to a purchase to date of 622 spaces for a total of $390,000.  The plaintiff continues to allege that Woodmere Cemetery will not let them use these spaces for graves at this time until the entire 1000 grave spaces have been paid in full.  The mosque contends that Woodmere Cemetery has asked the American Moslem Society to pay off the remaining balance of $240,000 or give up the 2017 contract in its entirety and enter a new contract which, AMS says, doubles the price of graves and funeral services. 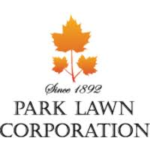 As you may know, Dearborn is a suburb of Detroit and that city has been one city in America that has been described as a COVID-19 hotspot.

The article concludes by saying that “the cemetery is owned by a company called Midwest memorial Group, which owns numerous cemeteries in the Midwest.  The group is part of an even larger umbrella company, Park Lawn Corporation, which owns cemeteries all across the U.S. and Canada.”