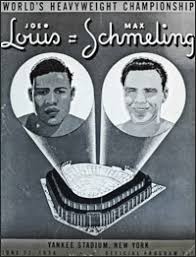 We gave a little history on Arlington National Cemetery in yesterday’s edition of Funeral Director Daily.  As a follow-up to that I promised a little more today.

So, I took a little research time to check on that.  It turns out that upon “The Champ’s” death in 1981,  according to this excerpt from Arlington National Cemetery, “President Ronald Reagan made an exception to the requirement for burial at Arlington to allow Louis to be interred with a full military honors funeral.”

While no other details are given, Joe Louis was a hero to many in the United States at a time we needed it most.  At the height of the Great Depression Louis was defeated by Germany’s Max Schmeling in a fight on June 19, 1936.  If you look at that date it was during Germany’s build up to World War II and its perception of being the “chosen race”.  It gave Nazi Germany much to brag about prior to the efforts of Jesse Owens in the 1936 German Olympics in August of that year.

Later, still during the Great Depression and prior to the second World War, Louis held a rematch with Schmeling in front of 70,000 spectators in Yankee Stadium on June 22, 1938.  According to Wikipedia . . . “compounding the economic instability was a heated political conflict between Nazi Germany and the United States. By the time of the Louis–Schmeling rematch in 1938, Nazi Germany had taken over Austria in the Anschluss, heightening tensions between Germany and the other Western powers, and generating much anti-German propaganda in the American media. . . . Hitler himself lifted the nationwide 3:00 a.m. curfew so that cafés and bars could carry the broadcast for their patrons.”

President Franklin D. Roosevelt met with Louis before the fight. . .”The New York Times quoted Roosevelt as telling the fighter, “Joe, we need muscles like yours to beat Germany.”  In his 1976 biography, Louis wrote, “I knew I had to get Schmeling good. I had my own personal reasons and the whole damned country was depending on me.”

The fight came about and on that night in June 1938, Joe Louis gave America hope.  Again, according to the Arlington National Cemetery article, “Joe Louis represented America’s best, and he was squaring off with Schmeling, the pride of Nazi Germany. Louis pummeled Schmeling, knocking him to the canvas in just over two minutes into the first round. ”

When the United States entered the war against Germany in 1941, Joe Louis enlisted in the Army, and coincidentally, served in the same segregated unit as Jackie Robinson, who six years later would break baseball’s color barrier.  Louis reached the rank of sergeant.

Following the loss the Nazi regime quit promoting Schmeling as a hero and he became a paratrooper in the German Luftwaffe.  He was injured during the war.

Funeral Director Daily take:  I’m guessing that there is no one who disagrees with President Reagan’s decision on Arlington National Cemetery burial for Joe Louis.  Louis, and Jessie Owens, lifted American morale when it was needed most.  In my lifetime, I’m guessing the only euphoria that could compare to that sense of nationalism is the 1980 U.S. Hockey Miracle on Ice when we were in, as President Carter said “A period of malaise”.

BTW —  Joe Louis and Max Schmeling became life long friends after the war.  Schmeling survived the war and was hired by Atlanta based Coca-Cola to develop the German market for the product following the war.  He was still working for Coca-Cola part time at age 83 in 1988 and whenever he came to the United States he made time to see Joe Louis.  You can read a rare interview that Schmeling had with the Los Angeles Times in 1988 here.

BTW #2 — Speaking of the “Miracle on Ice”, during my freshman year at the University of Minnesota in 1976-77, I had the pleasure to live on the 2nd floor of Sanford Hall.  Three of my floormates on 2nd floor that year were freshmen Minnesota Gopher hockey players Steve Christoff, Eric Strobel, and Rob McClanahan.  All three became part of the 20-man team that won the Gold Medal three years later!

*The story of Louis and Schmeling was immortalized in the Sony 2002 full length movie, “Joe and Max”.  I’ve seen it and would recommend it.