Green, Dodds to lead Park Lawn into the future

In a press release from the company that you can read here, Park Lawn Corporation announced Monday that Interim CEO J. Bradley Green would have the interim tag removed and has been named Chief Executive Officer of the Toronto based death care company.  In the same announcement, Park Lawn’s Board of Directors announced that Jay Dodds would be named the company’s President and Chief Operating Officer.

It was also announced that Green and Dodds would become members of the public company’s Board of Directors. 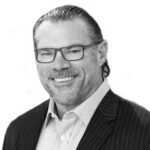 Park Lawn’s Board Chair Paul G. Smith had this to say about the transition to Mr. Green’s leadership, “Brad is a seasoned industry leader with many years of experience in the funeral and cemetery industry. As Interim CEO over the last several months, Brad has demonstrated his leadership by effectively guiding the organization during an unprecedented and challenging time. Brad’s depth of operational knowledge coupled with his strategic insight makes him the clear choice to execute on Park Lawn’s previously communicated growth strategy.”

Related Opinion — “Where are the funeral directors?”

The following opinion from Funeral Director Daily does not reflect on Mssrs. Green or Dodds.  As a matter of fact, I know both of them and consider them good friends.  And, there is no doubt that they have the talent to lead Park Lawn Corporation into an even more prominent position in the death care business in North America.

Seeing the press release and knowing of recent- within the last couple of years – hires into leadership by StoneMor, Inc. and Carriage Services it made me wonder about two things.  . .1)  the death care corporation’s seemingly lack of home grown leadership and 2) the loss of career funeral service professionals in the leadership of the largest death care providers in North America.

Now, to be honest, Jay Dodds of Park Lawn, is a licensed funeral director and embalmer, but I’m under the impression that he is one of a very few to rise from those ranks to have a major leadership role in the four largest publicly traded death care companies in North America.  Service Corporation’s (SCI) Sumner Jay Waring, who serves as Senior Vice-President and Chief Operating Officer of SCI would be another.

As to “home grown leadership” from inside a corporation, Green and Dodds do fit that profile, but in an unusual way.  They have only been with 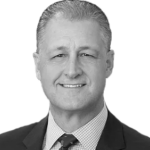 Park Lawn for about two years dating back to when their young company, The Signature Group, was acquired by Park Lawn.  For years prior to that they worked together at Carriage Services — Green in the legal department and Dodds in operation.  You can view their business biographies here.

It appears somewhat odd to me that there is not more home grown leadership in the corporate funeral world and ascendancy into the C-suite spots as compared to the hires from outside the industry.

I did take some time to look into the biographies of other leaders in the death care industry in North America.  Here’s what I found:

Service Corporation International – CEO Thomas Ryan.  Mr. Ryan comes from an accounting background and did move up through the SCI ranks.  It appears he does not have a funeral service background.

Carriage Services – CEO Melvin Payne.  It appears Mr. Payne has a background in the insurance and banking fields and no prior funeral service background until starting Carriage Services in 1991.  Carriage has recently hired Bill Goetz as President and COO and heir apparent to Mr. Payne.  Goetz comes from food service vendor Sysco where he last served as Senior Vice-President of Sales and Marketing.  He appears to have no funeral service background.

StoneMor, Inc. – CEO Joe Redling.  Mr. Redling was hired in 2018 in what appears to be an effort to turn the fortunes of this company around.  He was most recently COO of Vonage and had other leadership roles at Nutrisystem and AOL.  He appears to have no funeral service background.

Again, these people have all been selected to lead their respective companies because their boards believe that they can bring the leadership and the skill set to move that company forward.  However, most have been brought from the outside business world and none of the CEO’s have funeral service training.  Again, their skill sets are what are deemed necessary, but in the “historical” funeral business world, outsiders have been looked on somewhat warily by the established death care ownership.  I think that is what leads some funeral home owners to look at these companies somewhat cautiously when looking for a transition in ownership of their funeral homes.

To be certain, however, many of the “historical” funeral home owners that I know are more “pastoral” in operating their business than they are “business-like”.  They “serve” their communities fabulously, but at the end of the day, the non-business thinking funeral homes may actually serve less than optimally for their communities because their lack of operating profits may limit the amenities and options that they can present to their client families.

I always felt fortunate that I had a business background and circumstance (my father’s death) got me in the funeral business.  Don’t get me wrong, I’m a people pleaser and somewhat pastoral in caring for client families, however, I realized early on that it was profits that allowed me to give more service.

It is my opinion that “profits”, through their vision and leadership,  are what these outside leaders are asked to bring to these public companies.  However, the word “service” is still in “funeral service” and these leaders best not forget that many client families are led to their doors because of the “pastoral” care that has been given them in the past.

That push and pull between “pastoral care/service” and “profits” will always be present in our occupation.  Our industry’s leaders need to always remember that and realize that great companies can have both. . . and, quite frankly, the companies that exhibit both those traits, will in my opinion, be the leaders in our profession.

On a personal note:  I want to publicly congratulate Brad Green and Jay Dodds on what they have accomplished.  I’m always excited and happy when good human beings make great strides in their careers. . . and Brad and Jay are two of those good human beings.

While the deal never worked out, Brad and Jay – as executives of The Signature Group – looked at purchasing my funeral home.  I can remember a beautiful day showing them my community and touring our funeral home.  It was a winter day and Brad, being a native of Houston, was amazed at the brilliance and crispness of the new fallen snow on the ground.  It’s funny about what you remember about those types of visits — I’ve coached high level Little League for a long time and Brad had a son in Little League back in Texas at the time. . . .and, I don’t remember the talks about the business from that day, but I do remember the talks about Little League!!

My path has crossed with Jay a little more often, and probably because he is a fellow funeral director and embalmer, we have talked more.  I consider him, along with people I’ve had the pleasure to know like Jim Price, Bob Horn, John Carmon, David Hirt, Bill Cutter, Mike DiBease, Chip Ray, Bill Bischoff, Tom Vertin, and Tom Johnson, as one of the finest people in funeral service — and an absolute credit to the profession.