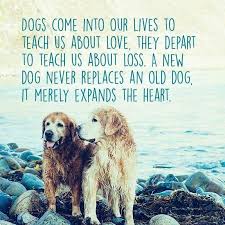 My first real recollection of a funeral was when my father’s mother, my grandmother, died when I was five years old.  And, interestingly enough, even with my family in the funeral profession, what I remember about the “funeral” was not being allowed to go.  I can actually remember being held at home with a babysitter, while my older brother who was nine years old got all dressed up and left the house with my parents.  I can remember thinking, “What happens at a funeral?”

That recollection was one of the first things I thought about when I read this article from CBC – Canada.  In the article, funeral home owner Carol Ferguson of Ferguson Funeral Homes based in Prince Edward Island, states about her funeral home, “It’s not such a somber place anymore.”

And, from my point of view, these changes that have slowly evolved have, generally, been good for the funeral and visitation public.  Back in the 1980’s when I started operating our funeral home, we would not have thought of letting a dog roam the premises, but we did “loosen” our style a little bit by having a playroom and television for children.  We also emphasized a “come as you are” attitude whereby people did not have to go home from work, dress up, and come back for a 7 pm visitation.  We encouraged families to start visitations at 4 pm so that people could stop by “just as they were” on their way home from work.

The thought process was. . . . that it was more valuable to pay respects – even in work clothes – than not at all.  And, that process allowed grieving family members to get a more thorough message about how their loved one was seen in the community.  We thought that important.

And, we tried to de-mystify the mortal aspects of death by, with parents permission, explaining to children the process of how a vault works at the cemetery, for instance.  I remember hundreds of times bringing young people up to the side of a Wilbert Way vault set up and letting the children feel the epoxy glue on the underside of the  vault cover that would eventually seal the vault.  At least from my point of view, understanding that “mechanical process” gave children more insight into what was happening. . . . and I felt that was good for their mental health.

As we have moved forward I think we are seeing death care become more a part of “life”.  And, I think that is a good thing.  I don’t think being left at home for grandma’s funeral over five decades ago did anything but confuse me about death and, quite frankly, about life.

And, as death care becomes more about life I think we will see more about life entering death care.  By that I mean the differing ways we live our lives will probably be how we memorialize the end of those lives.  That’s where I think that Ms. Ferguson is even more right on the mark. . . .in that death care may not be as somber as it once was.  Those who operate establishments that take care of the dead will have to put more and more emphasis on how that care can relate to take care of the living.

So, I would suggest being open-minded when families come to you with requests that may be out of the ordinary.  It may just be the way that that client family wants to put life into the death.