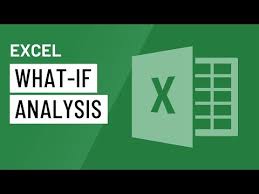 If you want to stay ahead of the curve in whatever you are doing I would suggest to play the “What if” game every once in a while just to see where you are standing.  The “What if” game can be played in all lines of business and is, in my opinion, a great exercise to determine the future sustainability of your business in its present form.

There is nothing wrong with that attitude, especially in smaller, rural communities where the funeral home has to be the “expert” regardless of what the consumer is looking for because, in many cases, there is no where else for the consumer to look.  However, if you are in a larger, competitive metroplex, it could be a dangerous avenue to follow as you might be looked on as a “jack of all trades” and expert in none of those areas you are advertising.

In any regard, the article I read made me put my “What if” hat on with what is happening in the death care industry.  Today, we are in a market that is about 60% cremation and growing not only in cremation numbers, but what I would call “alternative methods” to the old established casketed earth burial method of human disposition.

Let’s look at some of the large data statistics.  Pre-COVID data suggested that the United States would have about 2.8 million deaths in 2020 with about 40% being casketed dispositions.  That would equal about 1.12 million caskets sold in the United States.  Moving out to 2030 when the U.S. population has grown to 355 million people, we can expect to have about 3.2 million deaths in that year.  However, if cremation and other alternative methods have grown to 70% of the dispositions, we will have only 30% casketed deaths or a raw number of caskets sold of about 958,000 – a drop of 15% over the decade.

So, while on the downward slide, casketed deaths are still projected at about 30% and other dispositions, of which we believe the largest and most popular will be cremation, are projected at 70%, the question might become what other forms of disposition do you believe will grow popular enough so that you should invest manpower training and equipment in?  Of that 70% that are not casketed deaths, what will they be in addition to cremation?  That is the long-term “What if” question that you need to keep your eye on.

While we don’t know what the consumer will latch onto, if any of the new offerings, here are some consumer options that are out there for you to be thinking about.  Some of these methods have been legalized in parts of the United States and some are hopeful about doing just that.

The great thing about playing the “What if” game is that, at least for the immediate future, you cannot be right or wrong.  However, in playing the game and visiting with your own team members and professional colleagues, you can get an idea of how strong the new ideas or methods may be in the thoughts of your future consumers and can begin to think accordingly about your long-range plans.