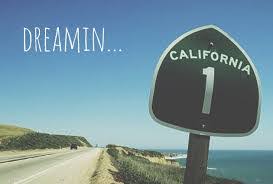 We are in the season of elections and when I was younger there was an old adage of Presidential elections that went like this, “As Maine goes, so goes the nation.”  I recently read this article in the Los Angeles Business Journal entitled, “Business Slows for LA Funeral Homes”, and wondered if as the funeral business in California is going. . . . will that be the pattern for the nation moving forward?

The old Maine adage made note that Maine elected its governor in September of Presidential election years and the independent voters of that state had the uncanny ability to predict the Presidential winner by the winning party of the Maine gubernatorial election.  That adage held true for over 75% of the elections from 1820, when Maine became a state, until 1932.

Moving more to the article about Los Angeles funeral homes, it actually states that the Gates Kingsley & Gates Moeller Murphy Funeral Home on Santa Monica’s Arizona Avenue was the funeral home that handled the funeral of President Ronald Reagan in 2004 and Reagan’s widow, Nancy, in 2016.  That funeral home location, the article points out, goes back to the Gates Kingsley family whose ownership can be traced back to the Spanish land grant days.  It has now been closed and is a part of an eatery chain.

I suggest that you read the article to learn of the difficulties of operating a funeral home in Los Angeles where, according to the article, profit margins have fallen to as low as 5% from over 20% just a few years ago.  One industry veteran is quoted in the article as saying that margins are “razor thin”.

The article points out that a 67% cremation rate is part of the profit problems, but not the only problem.  The problem also stems from the fact that there are more “balloon releases” and less outer burial containers sold, cemetery plots sold, preparation work done, less caskets sold, less funeral directing, less chapel rental, and on and on. . . . .

As Anthony Lampe, who the article describes as the overseer for Gates Kingsley’s Los Angeles operations for Dignity Memorial, is quoted as saying this about the closure of the Arizona Avenue location, “The culture has shifted. . .  . .When people started shifting towards cremation, it (the location) just wasn’t viable anymore.”

The article points out that it just isn’t the change in norms among death care clientele but also new competition challenging the the older, established funeral homes, who now it appears, may have too much overhead costs to compete with the start-ups.

Take, for instance, a couple of direct cremation companies that operate in the Los Angeles market.  According to the article, Clarity Funerals and Cremation, at least partially owned by funeral director Caitlin Doughty, charge $895 and Tulip Cremation, owned by equity backed Foundation Partners Group is said to charge only $750 for the service.

And, the article states that come November, Solace Cremation, the company started in the Pacific northwest by two Nike executives expects to plant their flag in the California market by establishing a base in Los Angeles.  Their price is also listed on their website at $895 so we can see a price war heating up for clientele where it is conceivable that nobody makes a margin on direct cremation while they spend to build up their brand and market share.

One might say that the direct cremation market will be a battle but I also see from reading the article that the established earth burial firms are getting more competition on that front also.  The article points out that there is a “new breed of funeral industry entrepreneurs” that operate out of homes or storefronts, rent venues and hearses, and compete with the established businesses. . . all while carrying less overhead.  Chase Mirassou, described in the article as an executive board member and secretary of the Los Angeles County Funeral Directors Association, is quoted as saying this of those operations, “You see a lot of that now.  Before, it was unheard of.”

So, my point of view from a small city in the Upper Midwest, tells me that services to death care clientele is changing in California, and I think, changing rapidly.  The question I had when I first read this article was “Is California different from those of us in the Midwest or is it like Maine used to be in Presidential elections. . . .the bellwether for the country?”

If you can answer that question correctly then I think you have a pretty good idea where the death care business will be moving in the future.