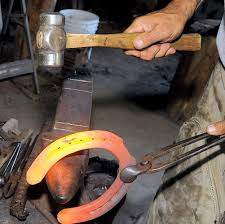 A couple of non-death care profession articles that I read this weekend really made me think of the death care profession and where we are moving.  Just to make the record straight before I get into where we might be moving, I want to point out that I think all businesses are perpetually “moving” to reach the consumer as life, including technology, changes.

In other words, it is not unusual to think about the profession “moving” or maybe “moving forward” as we’ve done so, going back 150 years, with embalming, funeral homes being built replacing home funerals, cremation and so on.  It is simply the evolution of an industry.

I consider myself a novice investment consumer who likes to stay on top of his accounts so that I can have meaningful discussions on the topic and ideas with those professionals who are charged with making my portfolio grow.  On that subject, I read a couple of articles this past weekend that made me think about the death care business. . .and specifically, where is the new technology in that profession.

That investment, the author opines, is made with an insider knowing about what he believes is a shift in Berkshire Hathaway’s investment strategy.  . a strategy he believes is tilted more towards technology than ever before.  The following is a quote from that article:

“ . . . . a significant shift in Berkshire’s portfolio strategy occurred. . . . . . Apple  was added as the biggest investment, and many stocks in the industrials and financials sectors were sold. Over the past months, this shift accelerated with the holding selling significant amounts of shares in the financial sector, such as Wells Fargo  and Goldman Sachs, and the airline industry such as Delta Air Lines and Southwest Airlines . I believe that Warren Buffett is slowly understanding that he needs to make a shift from banks to IT as we are likely to stay in a low-interest environment for much longer, and IT is getting more and more important in people’s lives.”

Secondly, I read an article from Cetera Investment Management that came out prior to Friday’s big move in the markets.  That commentary also talked about “technology.  Here is part of what it said,  “Over the past 12 months through June 4, the technology sector has been the
clear driver of broad market returns and has more than tripled the return of the S&P 500 (+35.8% versus +11.0%). . . .  We believe the
technology sector should continue to benefit from growth in innovation and information access.”

So, with those two articles as my background, I started to think, “Where will this new technology dynamic hit the needs of the death care

consumer going forward?”  The simple dynamic of “Personal Service” given by our nation’s death care purveyors has somewhat stifled technology advances in the death care profession.  Hands on, personal service has been the calling card of our profession for a long time.

The question is, “Will that change?”  We are now seeing increasing use of technology in our profession through arrangements via Zoom or Facetime and the livestreaming of funeral or memorial services.  However, I look at those tools simply as tools that we can now use to carry out the services we provide today. . . .much like the telephone being added to many funeral homes in the 1930’s or cell phones so that consumers could reach their director at any time starting in the 1990’s.  In essence, that technology is assisting today’s offerings, not changing them.

I also read a couple articles that seem to envision making death care more simple for consumers this week.  They deal with recomposition (the composting of human remains) and eco-friendly services such as what is known as Green Burials.  Will these “old fashioned rituals” be our new technology?  You can even make the argument that the process of recomposition may be “new technology” if you don’t believe it is the old “earth to earth” mantra.  Here are those articles:

Finally, I read this article from Financial Advisor Magazine which included the results of a September 2019 poll that reflected on people’s death care wishes.  It was no surprise to me, and it won’t be to you, that more people wanted to be cremated than any other option.  What did surprise me, somewhat,  was the fact that 46% of those who preferred cremation said “they wanted their ashes kept with family” as opposed to only 21% who indicated they “wanted them spread at sea or other locations.”  To me, that 46% number indicates that people are not thinking about having those ashes put in a columbarium or niche, or buried in a cemetery. . . they simply want the ashes kept with the family.

We could argue what that might mean for cemeteries, but I prefer to think about who that decision would help.  Because cremation ashes in their first form are difficult to handle, some of those new technology companies that might benefit from this growing “keep with family” practice would, in my opinion, be companies that make jewelry or other products with these ashes or a new company, with a new technology for cremated remains,  such as Parting Stone.

Anyway. . .another weekend gave me much to ponder.