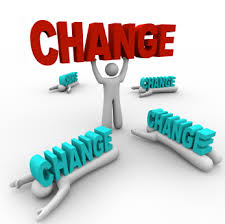 I wrote on Monday about the change in the “place of death”.  In that article I pointed out that in the early 1900s people tended to die at home and much of the funeral experience was then held in the home.  While I never did it, I am old enough to have had funeral directors tell me their stories of going to homes with an “embalming board”, doing the embalming, dressing, and cosmetizing in the home in preparation for the visitation that also occurred in the homes.  The casket was eventually taken to the church for the ceremonial funeral rites and then buried in the church cemetery.

Then, people started dying in institutions like  a hospital and it exacerbated the necessity of the “funeral home”.  Our family had been in the funeral business since 1872 but it was not until 1928 that we occupied a building designed exclusively as a funeral home.

I bring this up not to romance the era of the complete funeral and what the funeral director had to do, but to show, that over time, what and how a funeral business does, does change.  Over this past weekend, I was reminded that – yes – the times do change. . . .and I thought will your funeral home be ready to capitalize on how the American definition and process of death will evolve?

Let’s take my second item of change first.  It was 6:30 am on Monday morning, two days ago, and I was on my way to the University of Minnesota for a day of meetings.  It’s a 2 hour drive and I stopped at the local convenience store for a cup of coffee for the trip.  The manager, whom I happen to know, and for the record and what it may mean in this context, is a 52 year old female.

She mentioned to me that she could not attend a funeral last week, but for the first time watched it later, at her convenience, on our web-site.  She mentioned to me that she will probably do that more often now that she has done it once.  No getting dressed up, no worrying about how her hair looked.  She could sit in the comfort of her own home with a cup of hot chocolate, “Sling” it to the TV and, in her opinion, pay her respects.

As I drove away it made me think. . . .convenience — it seems to be what everybody wants.  Young people today have a hard time believing that when I was young television shows were not watched at my convenience.  I had to watch Bonanza in the one-hour time slot on Sunday night or I missed it.  That reality, in this day of watching on demand, is almost incomprehensible for today’s middle schoolers to fathom.

For the next hour of my drive in the darkness of the early morning of northern Minnesota I thought about “convenience”.  And, I thought about it in the context of how will funeral service become “convenient” and still give the service that I believe our client families will want and need.  I don’t have the answer, but I know if you are going to be successful in this business moving forward. . . you are going to have to find it.

And, actually in a deeper context, I thought, “Should death be convenient” if we are going to celebrate a life that his been lived?  I’m leaving that as a question for another time.

Now, let’s go back to my first item of change thought this weekend.  It occurred on Saturday evening (a change in itself in my lifetime from

Sunday mornings) at worship service at the ELCA church I belong to.  Our pastor was talking about the “church” and brought out some statistics and projections on the ELCA denomination out to the year 2050.

It turns out that the ELCA across America has over 3.4 million members and, on any given Sunday, has 900,000 people in its pews at this time.  This article, however, questions if the denomination will be gone in 30 years as it predicts only 66,000 members nationwide and less than 16,000 people in the pews nationwide three decades from now.  I know people are going to church less, but that number was shocking to me.

When I heard those numbers I put on my funeral director hat and thought, “If no one is attending church, where will their funerals be?”.  After thinking for awhile, I believe that there are two answers to that question . . . the funerals will be somewhere else or there will be no funerals/celebrations/memorial services anywhere.

As to how times change.  When I started full-time work in 1980 one of our largest expenditures in advertising and promotion was that of buying church calendars for all of the denominations in our community.  We ordered them in the Spring, received them in the Fall, and spent December delivering them to all the churches so every family could have an Anderson Funeral Home calendar hanging in their kitchen.  My point is.  .in that time period people were at the churches. . that’s where we delivered the calendars to make sure every family in the community received one. . .. . and the church and its rituals provided the perfect place for families to feel at home for a funeral service.  According to the above mentioned article, it is not where they will be in the future.

Now, with change,  like destination weddings and wedding venues, will funeral, celebration, and memorial venues become the norm?

Moving forward. . . will people continue to have funerals, celebrations, and memorial services?  And, assuming that they do, is your funeral home ready to be that place that these people can feel comfortable at?  Again, to be successful you are going to have to find the architectural and functional balance in a building that will bring these client families to your doors.

Somebody will be really successful at this.  It is how business and free enterprise in America works.  The question you have to answer is. . . .will it be you?

Here is an article that Funeral Director Daily did on the new funeral homes being built by Australian company InvoCare.  You can access photos of their new facility template through this article.

Here is an article from Funeral Director Daily that emphasizes the new Gilbert and Memorial Park and Cemetery in Gilbert, Arizona.  From the article you can access a video on how the new facility will look.