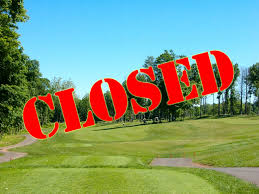 The Ontario Local Planning Appeal Tribunal (LPAT) met in October and reversed a decision made more than a year ago about a closed golf course in Lakeshore, Ontario.  According to this article from the CBC, the Roman Catholic Diocese of London (Ontario) appealed an earlier decision that will allow it to turn the 143 acre former Hydeaway Golf Course into a Diocese cemetery.

Pat Simone, the general manager of the Diocese cemetery mentioned that the cemetery will not be fully operational for another decade, but is necessary because other Diocese cemetery locations will be running out of space.  He also said, “That (the cemetery) serves the Catholic population – and not just Catholics because we serve all faiths – but that will provide the longevity to the citizens in this area.  So, we’re talking a 100-year plan.  It’ll be (here) long after any of us are here.”

The golf course to cemetery plan was originally turned down because some current residents of the area believe that the cemetery will lower property values in their already existing neighborhoods.  However, the LPAT ruled “that it understands the concerns of residents, but determined that there is no substantiating evidence of undue adverse view, noise,  or traffic impacts as a result of the cemetery development.”

The LPAT continued in its assessment, “and, the subjective views regarding loss of property value and personal dislike of cemeteries are not grounds upon which the Tribunal can refuse the requested approvals.”  Finally, the LPAT noted that the cemetery “is a necessary public service.”